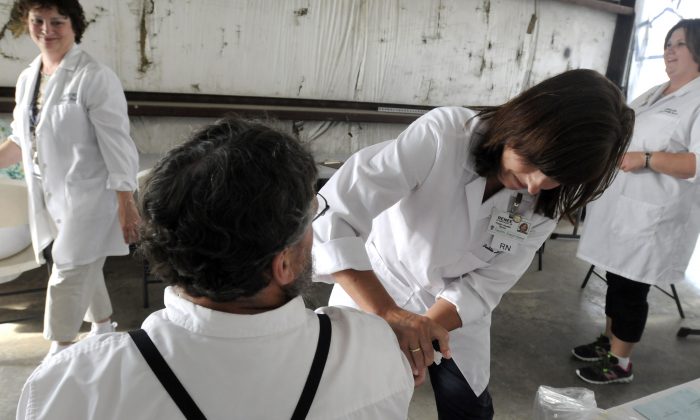 Hundreds of children were possibly exposed to measles at an Arizona children’s hospital, according to reports on Wednesday.

The Phoenix New Times reported that the measles outbreak was tied to the outbreak at Disneyland in Southern California.

A woman infected with the virus may have exposed as many as 190 children at the Phoenix Children’s East Valley Center, which is an urgent care facility in Mesa, the publication said.

A spokeswoman for hospital told the New Times she couldn’t comment on whether the woman worked at the facility.

“What we can tell you is that 190 individuals at the Phoenix Children’s East Valley Center in Mesa were exposed to the measles virus,” Debra Stevens, the spokeswoman, was quoted as saying. “All those individuals have been notified, and those with special health concerns have received instructions for their particular medical situation. Among the 190 people exposed are adults and children who were in the center during that time — the adults were accompanying their children for services.”

Meanwhile, two more cases of measles were confirmed in Arizona on Tuesday. Arizona health officials have warned that hundreds of other people might have been exposed this month, reported USA Today.

The outbreak has reached “a critical point,” Will Humble, director of the Arizona Department of Health Services, told the paper.