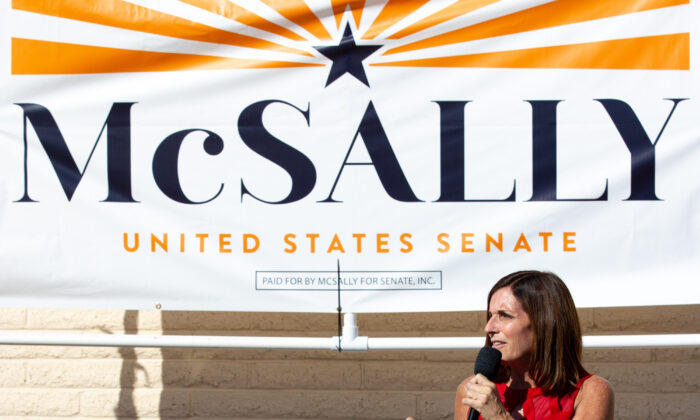 A former deputy campaign manager and consultant to former Sen. Martha McSally (R-Ariz.) has pleaded guilty to stealing over $115,000 in funds from the McSally for Senate campaign in 2018 and 2019, the Department of Justice (DOJ) said.

Anthony Barry leveraged his authority to make fraudulent payments to himself, prosecutors said in a statement.

He pleaded guilty to one count of unlawful conversion of campaign funds, and faces up to five years in prison. His sentencing is scheduled for July 6.

Barry’s attorney didn’t immediately respond to a request by The Epoch Times for comment on the case.

Barry, a 33-year-old resident of Yorkville, Illinois, managed McSally’s campaign during her failed 2018 run for Senate. After narrowly losing to Sen. Kyrsten Sinema (D-Ariz.) that year, McSally was later appointed by Gov. Doug Ducey to fill a vacated Senate seat. She ran again in 2020 but lost to former astronaut Sen. Mark Kelly (D-Ariz.).