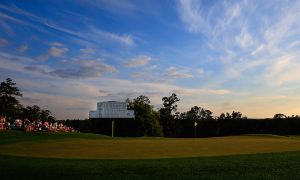 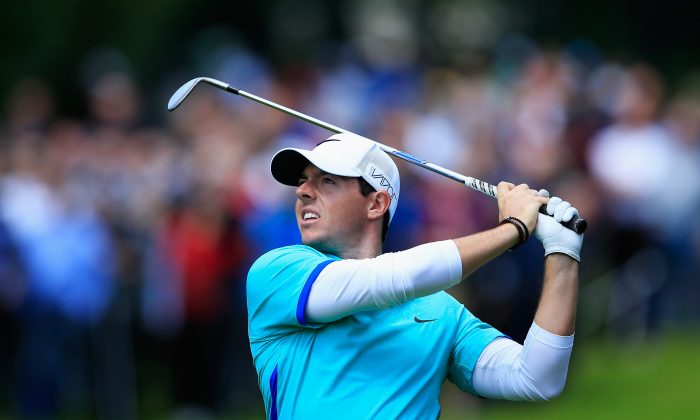 Top-ranked golfer Rory McIlroy of Northern Ireland does most of his damage with his driver. (David Cannon/Getty Images)
Golf

There’s an old adage in golf that says, “You drive for show and putt for dough.” The meaning is quite simple and utterly straightforward—how one starts a hole at the tee is important but how one putts when leaving the putting green is ultimately more important in determining who likely wins a given professional event.

In the last year or so world No. 1 Rory McIlroy has taken that phrase and twisted its meaning ever so slightly. McIlroy has won two of his last three starts on the PGA Tour. The most recent win came at last week’s Wells Fargo Championship where he dismantled a demanding Quail Hollow Golf Club with a new course record 61 in the third round—besting his own 62 from a few years back—with a new tournament record -21 for the event. He totally vanquished the rest of the field with a resounding seven-shot triumph.

What’s been the separator for the Ulsterman? Simple. Superior driving time after time after time. Unlike a number of other players who only hit their driver when circumstances are in their favor—McIlroy has used his to uncanny success—marrying prodigious distance with a solid accuracy percentage and finding fairways regularly when called upon in key moments.

McIlroy hit 43 out of 56 full tee shots with the driver that went over 300 yards at the Wells Fargo event. That 77 percent figure was more than double the field average of 36 percent. For McIlroy the driver is the engine that gets everything in motion. When in top form, the driver is what sends his ball further down the fairway than just about any other competitor. But Rory has accuracy elements that magnifies the distance he achieves. Take for example last week’s par-4 16th at Quail Hollow, which measures 514 yards. A fairway bunker protects the dog-leg right. It takes a tee shot of 305-plus yards to carry it. McIlroy did that and more, ending up with a 364-yard wallop leaving nothing more than just over 140 yards which he proceeded to stiff a gap wedge to two feet and a kick-in birdie. The 16th was the hardest hole for all other competitors—just not for McIlroy.

Rory is eighth in total driving distance for the year—at 305.5—but he led the field in that category last week with a total of 321.1 yards. His accuracy this year is just beyond 65 percent. Distance leader Dustin Johnson is averaging just over 316 yards off the tee but his accuracy drops to just slightly above 53 percent. That 12 percent differential can matter immensely during major events when the stakes are at their highest and the need for total proficiency is critical.

Although his driving accuracy is ranked 42nd–when combined with yards earned off the tee, there is no one who hits it as far as McIroy does while maintaining a top-tier percentage in keeping the ball on the short grass.
Related Coverage

Like nearly all players McIlroy’s prowess on the putting greens can vary from time to time and he will be the first to admit putting is not his strongest suit. But when all elements come together Rory has an extra gear that no one else in golf has now. His new course record 61 in the third round at Quail Hollow last week demonstrated the total command he presents when his game is at peak form.

Golf has had great drivers of the ball in years past. Eighteen-time major champion Jack Nicklaus was renowned for combining length with accuracy as was Sam Snead and Arnold Palmer. In recent times former world No. 1 Greg Norman was also a superior driver—even more impressive given his success was primarily done with wooden heads and balls that spin more than today’s models.

No question there have been recent surges from other players. Jordan Spieth claiming the green jacket at Augusta and Rickie Fowler winning The Player’s Championship are clear examples of competitors who certainly don’t lack a desire to compete at the highest of levels and win.

But, if anything was served by the efforts of his rivals, it has been a deeper resolve by McIlroy to push himself to an even higher plateau than what he achieved in 2014 when he won the final two majors of the year.

The driver in golf is akin to the baseball pitcher with the mega-velocity fastball, the hockey player with the most powerful of slap shots, and the quarterback who can flick a football yards longer than his competitors while getting it to fit through tight windows.

During his time as world No. 1 Tiger Woods started out in a similar fashion. Now Tiger is lucky to find a fairway even if they handed him a compass.

McIlroy did not win at Augusta but the ascent of others has only served to spur him on to even greater golf. Three majors are left on the calendar with the U.S. Open up next in mid-June. McIlroy is the sports car with more horsepower than any other. Other players/cars may saddle up to him, but when McIlroy goes full bore the only place they have is in his rear-view mirror eating the dust he spews.
TOP NEWS