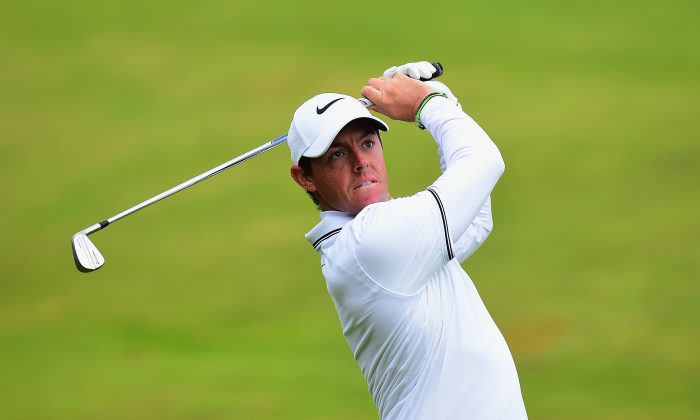 When the 146th Open Championship commences this Thursday, July 20, the key question is: Can four-time major winner Rory McIlroy return to form? In three of his last four starts, the former world number-one has missed the cut.

What seemed like a possible rebooting of his game when McIlroy scored a final round 64 and a tie for 17th at The Travelers following a missed cut at the U.S. Open the week prior, has been stopped cold over the last two weeks. Consecutive missed cuts at the Dubai Duty Free Irish Open and this past week at The Aberdeen Asset Management Scottish Open have left serious doubts whether McIlroy will mount a strong effort at Royal Birkdale.

McIlroy’s play in Ireland was particularly disheartening. Coming into the event as the defending champion and having his foundation serve as the charitable arm for the event, it was thought McIlroy would finally raise his game with The Open Championship just around the corner.

A consistently balky putter has been the Ulsterman’s tale of woe. McIlroy has been practicing with a series of different putters and none has cemented itself as the club capable of dropping critical putts.

McIlroy’s last major championship victory came in 2014 with the PGA Championship at Valhalla after winning The Open at Royal Liverpool one month earlier. Leaving Kentucky with the Wannamaker trophy in his possession, Rory vaulted to a strong top-ranked position. The general feeling in the golf community was that he was now the heir apparent to Tiger Woods.

How long ago that seems.

Since that time McIlroy has not finished in the top three in any major and he’s also had no less than three missed cuts as well.

Amazingly, McIlroy finished the 2016 season in strong fashion winning the Deutsche Bank and Tour Championship events to claim the Fed-Ex Cup Playoffs and going on to show fine form at the Ryder Cup last year despite Team Europe losing.

A persistent back injury set him back in 2017 and although he opted for a considerable amount of downtime prior to the U.S. Open, his play at Erin Hills was clearly out of sorts in shooting a first round 78. McIlroy did play well during the weekend at The Travelers in Connecticut, but the issue is now more acute as the battle for the Claret Jug is set to start.

McIlroy, while admitting his putting has been inconsistent has focused the issue on not having played enough competitive rounds. With each passing event that rationale seems misplaced.

The 28-year-old has never been a putter of the quality of a Jordan Spieth. It has been his superior long game, especially with the driver that has set him apart from his rivals.

His smallish frame of 5-feet-9, 160 lbs. has caused many to wonder whether the constant desire to hit tee shots with unbridled effort for maximum yardage has caused him to be more injury prone.

In the short game side, McIlroy often looks bewildered. If he misses a putt, the impact can linger, wreaking havoc on his already fragile psyche.

McIlroy’s victory at Royal Liverpool in 2014 was vintage stuff. He never wavered, never showed the least bit of shakiness. Now, like all golfers, the cycle has gone the other direction.

The questions this week will be asked again and again. For McIlroy the only way to escape the gloom and doom is to get off to a good start.

Having four major wins is still beyond what any of his peers have shown. Neither Dustin Johnson, the reigning top-ranked player, nor Jason Day, the one who preceded Johnson in the top spot, has shown solid play in the last several weeks.

McIlroy is not the first golf superstar going through a slump during his professional career. A golf talent of his type is fully capable of returning to form, but putting woes have afflicted many top tier players in the past.

The ailment afflicting McIlroy points to a mental one—wondering if key putts will drop when needed. The funny thing about confidence in golf is it can just as easily go up or down even further.

McIlroy is firmly counting on the former happening at Royal Birkdale. The balance of his 2017 golf season could well rest with his performance this week.