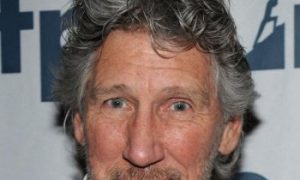 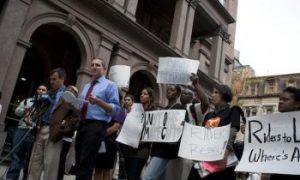 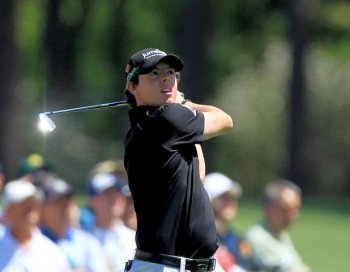 NICE SWING: Rory McIlroy on the 12th hole during the first round of the 2011 Masters Tournament at Augusta National Golf Club on April 7, 2011. (David Cannon/Getty Images)
Golf

McIlroy and Quiros Lead Masters at 7-Under

By Dan Sanchez
Print
The first day of the 75th Masters Tournament in Augusta, Georgia, was a beautiful and entertaining one in terms of the pleasant weather and low scores.

The 21-year-old Rory McIlroy of Northern Ireland completed his par-smashing round of 65 earlier in the day, and the 28-year-old Spaniard Alvaro Quiros matched McIlroy’s 65 with a birdie at the 18th in the last group of the day.

“I feel like…I’ve practiced and prepared myself for this week…it’s just been working towards Augusta. And it’s paid off today and hopefully it can pay off for the next three,” said McIlroy.

The long-hitting Quiroz shot 10 strokes better than his best 18-hole score ever at Augusta in his previous two showings. “The key was the putter, there’s no doubt. I mean, I holed out, one-putt on 17…I holed many good putts, so obviously that was the best club,” said Quiroz.

Tied in second position are two Koreans, K.J. Choi and Y.E. Yang at 5-under. Americans Ricky Barnes and Matt Kuchar are tied in 5th position with 4-under 68s.

Phil “The Thrill” Mickelson, the winner of last week’s Shell Houston Open and with sparkling rounds of 63 and 65 for the weekend, is at 2-under 70, tied with nine other players in 14th position.

Regarding his round of 70, Mickelson said, “It’s okay, just okay. I didn’t shoot myself out of it, but I didn’t make up ground on the field the way I wanted to, so I’ve got to go do it tomorrow.”

Tiger Woods is at 1-under 71, 6 shots off the leaders but still in contention for the championship. Referring to his round, Woods said. “Well, I hit beautiful putts all day. I hit a couple bad ones but overall felt really good over the putts. Realistically the round probably should have been 68, 69.”

World-ranked No. 1 Martin Kaymer shot a 6-over 78 and is near the bottom end of the field in 93rd position, and must shoot a very good round on Friday in order to make the cut.

This is day one of a four-day tournament and as most watchers of the Masters know, the winner usually gets sorted out in the last nine holes on Sunday. So from now until then, many position changes can take place as the Augusta National course can both reward good shots and penalize errant ones and change a scorecard up or down in a hurry.

The young guns are doing well now and may continue to do so, but experience may surface to the top as the tournament progresses.