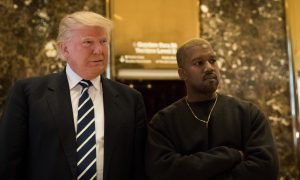 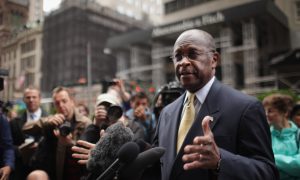 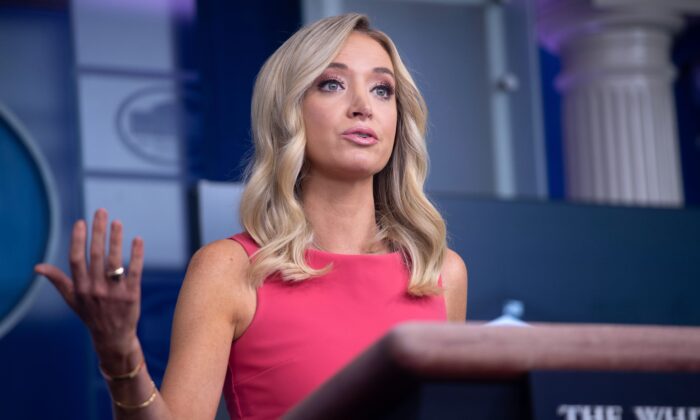 White House Press Secretary, Kayleigh McEnany, has flagged some “non-starters” in the Democrats’ proposed “Justice in Policing Act” as they attempt to pass legislation aimed at overhauling the police system.

McEnany told reporters at Monday’s White House press briefing that although the president has not formally reviewed the new package, there are issues that President Donald Trump will never agree to sign off on, including defunding the police and getting rid of qualified immunity for police officers.

The proposed legislation seeks to make changes to qualified immunity but makes no direct mention of defunding police departments (pdf). However, there has been a lot of talk among state and local officials about defunding police in their respective states.

“This is rolling back the protective layers that protect Americans in their homes and in their places of business. He’s appalled by it and it’s remarkable to hear this coming from today’s Democrat Party,” she continued.

The Democrat-majority House of Representatives is expected to spend much of June working on, debating, and marking-up the new measure.

“As for solutions, he’s talking through a number of proposals. No announcements on that, but he definitely, as he’s noted, recognizes the horrid injustice done to George Floyd, and is taking a look at various proposals,” said McEnany about the President’s potential actions for racial justice.

Trump held a round-table with law enforcement officials on Monday during which he said that police are doing a “fantastic” job.

“There’s a reason for less crime, it’s because we have great law enforcement. I’m very proud of them,” he added.

The press secretary said Attorney General William Barr recently confirmed qualified immunity would not be eliminated. “I don’t think we need to reduce immunity to go after the bad cops because that would result certainly in police pulling back, which is not advisable,” he said.

The press secretary reiterated that the president’s key strategy for combating racial inequities of all types is through job creation.

“An important part of combating racism is making sure that there’s equal opportunity for black Americans in this country. This president, you know, we hear a lot of words from Democrats about criminal justice reform, that they wanted this. Well, they got it with President Trump on reducing racial sentencing disparities via the First Step Act,” she said.

“Democrats talk about economic opportunity for black Americans, people in vulnerable communities, and this president has done that with opportunity zones,” she added.

“I’d note that the First Step Act, the beneficiaries … more than 90 percent have been black Americans. So this is a president who’s always stood on the side of justice.”