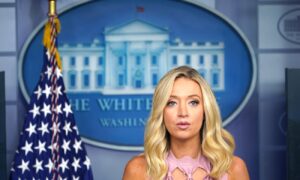 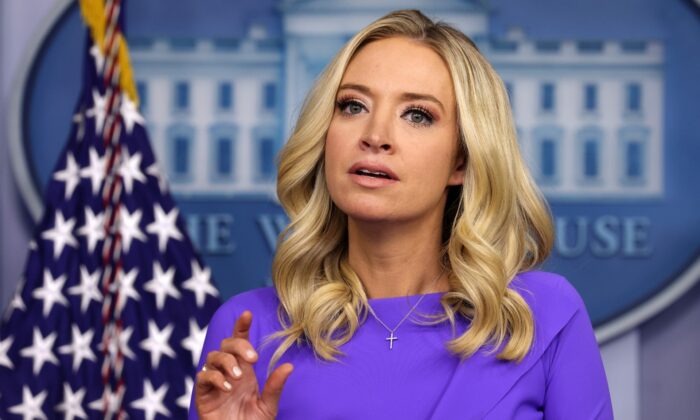 “This is what [McEnany] does, she tells lies all the time. She can’t acknowledge reality,” Jake Tapper told Brian Stelter, host of CNN’s “Reliable Sources,” in a clip that posted to Twitter by the Washington Examiner on Sunday.

Tapper complained that the Trump administration’s media contact persons were “less valuable,” especially McEnany. He has never had her on his program, he said, because she “lies the way that, you know, most people breathe.”

In response, McEnany wrote on Twitter: “This is a therapy session for a broken network, and @jaketapper is lazy enough to participate by lobbing baseless personal attacks, with ZERO evidence. Jake’s real problem: I do not leak. I do not lie. But I DO call out the lies of the media (i.e. CNN Russia collusion hoax!)”

CNN has maintained a bias against President Donald Trump and his administration since he was elected in 2016.

McEnany disputed the claim, calling it “fake news” on Twitter.

“FAKE NEWS from @CNN that is disproven by the official White House Pool Report written by a reporter. WATCH @andersoncooper FALSELY claim my husband cheered for me at the White House Press Briefing,” she continued. “Read the pool report below noting it was actually a reporter cheering!”

The secretary then shared an image of a pool report that said Gilmartin “was present during the news briefing” at the back of the room and that “nearby was a reporter with First Class Fatherhood, who was not part of the COVID approved rotation, and at the end of the briefing shouted out, ‘You crushed it, Kayleigh!'”