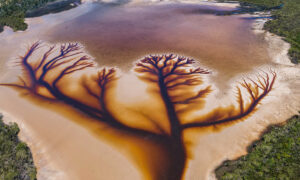 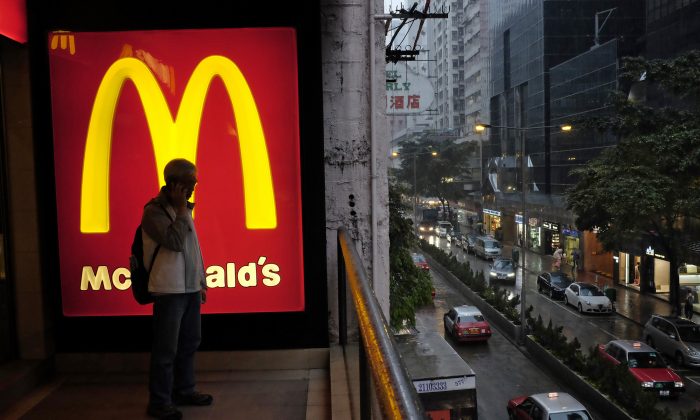 An article saying McDonald’s is removing the Big Mac, Apple Pies, and large size options isn’t real. In this April 2, 2014, file photo, a man talks on a mobile phone next to a downtown McDonald's in Hong Kong. McDonald’s says a key global sales figure fell 2.2 percent in November 2014 as U.S. sales continue to soften and it contends with ongoing difficulties from a food-safety scandal in China. (AP Photo/Vincent Yu, File)
Life & Tradition

A fake article was published on the mostly fake news site DailyBuzzLive.com.

Here’s the disclaimer: “A few stories are works of complete fiction. Those few articles are for entertainment purposes only. The articles and stories may or may not use real names, always a semi real and/or mostly, or substantially, fictitious ways.”

The story about McDonald’s is fiction.

As hoax-debunking site Snopes says, “in addition to the logistical impossibilities of weighing drive-thru customers, the potential lawsuits for discriminating against obese people, and the likelihood of McDonald’s losing millions of dollars in profits, the article can be debunked simply by considering its source: According to the Daily Buzz Live disclaimer page, all articles published on the site are meant for “entertainment purposes only.'”

Here’s what part of the fake piece says:

Obesity in America has more than doubled over the last 2 decades and has become the leading public health issue in the U.S. With more than two-thirds of the adult population overweight, McDonald’s has decided to become part of the solution – not the problem.

According to reports, beginning January 1, 2015, McDonald’s will no longer serve customers with a weight capacity over 170 lbs for women and 245 lbs for men. Children’s weight restrictions will vary depending on age and height.

McDonald’s is currently running campaigns to shake its “junk food” image, insisting they sell nothing but good quality food. They are are branding themselves from “A dining experience of fast food” to “Good food served fast.”