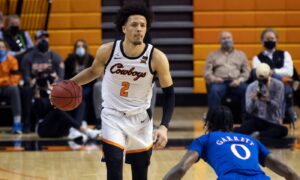 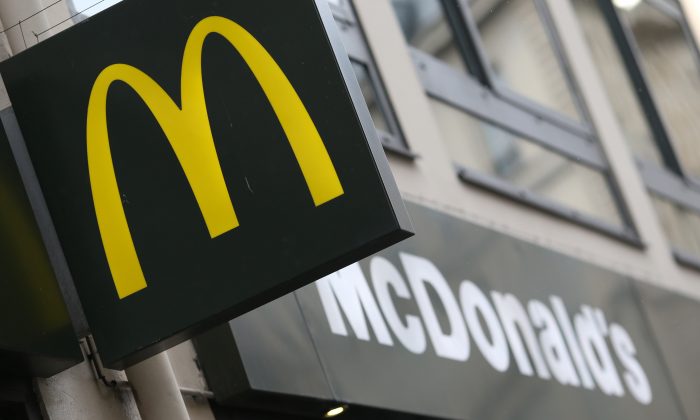 A picture taken on January 22, 2014 in Paris, shows the logo of a US fast food restaurant Mac Donald's. (KENZO TRIBOUILLARD/AFP/Getty Images)
Sports

International fast-food giant McDonald’s announced Friday, June 16, that it is pulling out of a 44-year sponsorship contract with the International Olympics Committee (IOC) 3 years early.

“As part of our global growth plan, we are reconsidering all aspects of our business and have made this decision in cooperation with the IOC to focus on different priorities,” McDonald’s Global Chief Marketing Officer Silvia Lagnado said.

McDonald’s partnership with the IOC has a long history, beginning in 1968 when McDonald’s signed on as the official food retail sponsor of the Olympics. Then in 1976, it became one of the Olympic Game’s top sponsors, with a contract running all the way through the 2020 Tokyo Summer Olympics.

McDonald’s partnership with the IOC brings in about $1 billion every four-year Olympic cycle.

Despite pulling out with immediate effect, McDonald’s will continue at next year’s Pyeongchang Winter Olympics as sponsors with domestic marketing rights.

“In today’s rapidly evolving business landscape, we understand that McDonald’s is looking to focus on different business priorities,” Timo Lumme, managing director of IOC television and marketing services, said in a statement.

“For these reasons, we have mutually agreed with McDonald’s to part ways,”Lumme said.

While it’s unusual for an Olympic sponsor to leave early, companies in the top sponsors program change regularly. For example, China’s Alibaba Group Holding Ltd. (BABA.N) recently signed a sponsorship deal this January that will end in 2028. Analysts suggest that such a deal could bring over $1 billion into IOC coffers over the next 11 years.

The Alibaba deal reflects a larger global trend of soft power where Chinese companies are investing billions of dollars in the sports industry. Major European soccer teams like Manchester City FC and Milan FC are being partially or wholly purchased by Chinese investment companies, and star players are being lured to new Chinese soccer teams by huge sums of money.

This follows a decree from President Xi Jinping in recent years to make China a “great sports nation.”