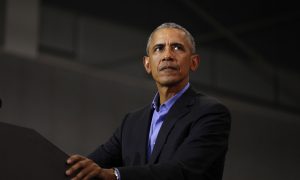 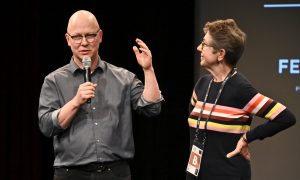 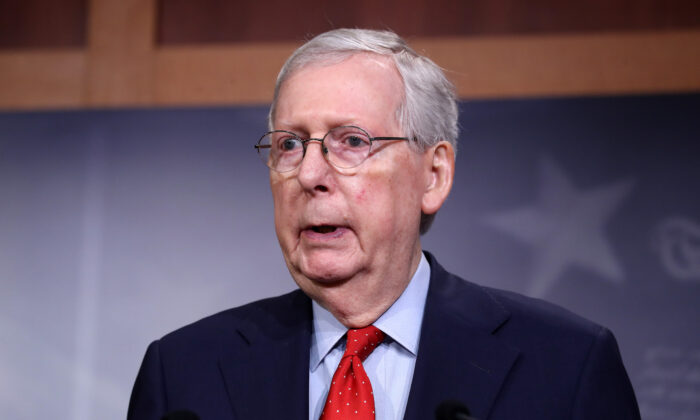 Senate Majority Leader Mitch McConnell (R-Ky.) on Thursday admitted he was mistaken when claiming the Obama administration failed to leave “any kind of game plan” for the Trump administration to cope with the pandemic.

“I was wrong,” McConnell said in an interview on Fox News. “They did leave behind a plan. So, I clearly made a mistake in that regard.”

“As to whether or not the plan was followed and who is the critic and all the rest, I don’t have any observation about that because I don’t know enough about the details of that … to comment on it in any detail,” the Kentucky senator added.

McConnell’s admission of error comes after a Monday interview with Trump 2020 reelection campaign senior adviser Lara Trump on a YouTube episode of “Team Trump Online!,” when the senator said Obama officials didn’t share a pandemic playbook with the incoming administration.

“They claim pandemics only happen once every hundred years but what if that’s no longer true? We want to be early, ready for the next one, because clearly the Obama administration did not leave to this administration any kind of game plan for something like this,” McConnell said.

“The maddening thing is Obama left them a WH office for pandemics, a literal playbook, a cabinet-level exercise, and a global infrastructure to deal with ‘something like this,'” said former Obama adviser Ben Rhodes in a tweet responding to McConnell’s comments.

Jeremy Konyndyk, a member of Obama’s Ebola response team, told CNN that the Trump administration was left a detailed manual on how to handle pandemics and that the playbook included coronaviruses.

Ronald Klain, who was the Ebola coordinator under Obama, wrote in a tweet that “we literally left them a 69-page Pandemic Playbook… that they ignored.”

“And an office called the Pandemic Preparedness Office… that they abolished. And a global monitoring system called PREDICT… that they cut by 75 percent” he added.

White House Press Secretary Kayleigh McEnany told reporters on Thursday that “the Obama-Biden plan that has been referenced was insufficient, wasn’t going to work.”

In the same interview with Lara Trump, the Senate majority leader said Obama should have “kept his mouth shut” instead of criticizing Trump about the administration’s COVID-19 response efforts, calling the former president’s intervention “classless.”