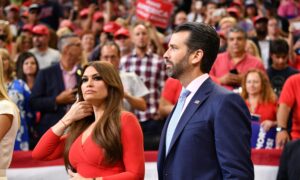 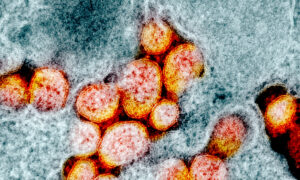 Hundreds of Scientists Say CCP Virus Is Airborne, Urge WHO to Revise Recommendations
0 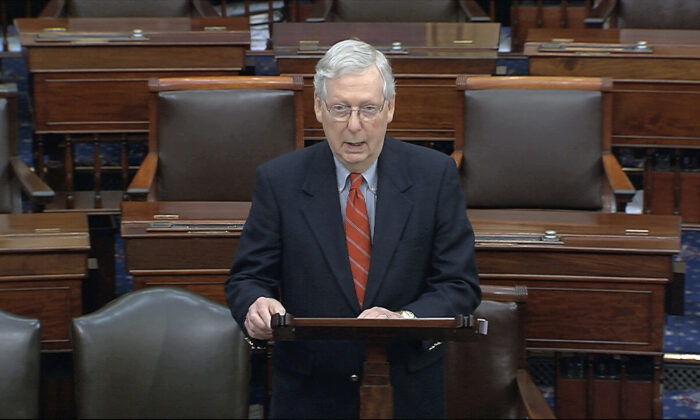 Senate Majority Leader Mitch McConnell (R-Ky.) gave perhaps his strongest signal yet for another pandemic relief spending package, saying that Congress will deliberate on the details in the coming weeks.

“I believe there will be one,” he told reporters in Kentucky, referring to another piece of legislation. “We will be taking a look at— in the Senate in a couple of weeks—another package based on the conditions that we confront today,” the GOP leader said.

Both the House and Senate are on a several-week-long recess and won’t return to Washington until July 20.

McConnell previously said there would be another CCP (Chinese Communist Party) virus bill. However, both he and top Republicans in the upper chamber have essentially paused discussions on the matter, arguing that they want to see how the trillions of dollars appropriated by Congress would be spent and how the United States’ economy recovers.

McConnell said Monday that a new bill will “likely” be introduced in the coming weeks, although it’s not clear if that will happen before the recess is over. “If you’re looking for what I think the theme of what a next package that I’m likely to roll out here in a few weeks would focus on: liability reform, kids in school, jobs and health care, that’s where the focus, it seems to me, ought to be,” he said, according to The Hill.

He did not mention stimulus checks as being part of the legislation, although President Donald Trump, Treasury Secretary Steven Mnuchin, and other officials have said they will likely be needed.

It comes about three months after the bulk of the stimulus payments and checks were sent out to more than 100 million people. Meanwhile, expanded unemployment insurance payments of $600 per week are slated to end in late July.

Some high-ranking Republicans in the Senate have expressed an unwillingness to send out direct payments.

“I wasn’t supportive of the first round. I don’t think I’d be supportive of the second,” Sen. Ron Johnson (R-Wis.) told reporters last week before the recess. “This is not a classic recession that requires financial stimulus.”

House Democrats passed a $3 trillion stimulus package that would send out $1,200 payments to eligible Americans and children.

Senate Minority Leader Chuck Schumer (D-N.Y.) endorsed the measure and on Thursday called on GOP senators to “quickly provide additional federal fiscal relief,” while calling on the officials to “work with Democrats.”