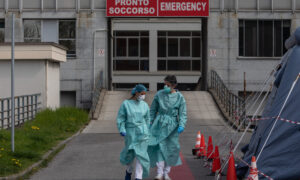 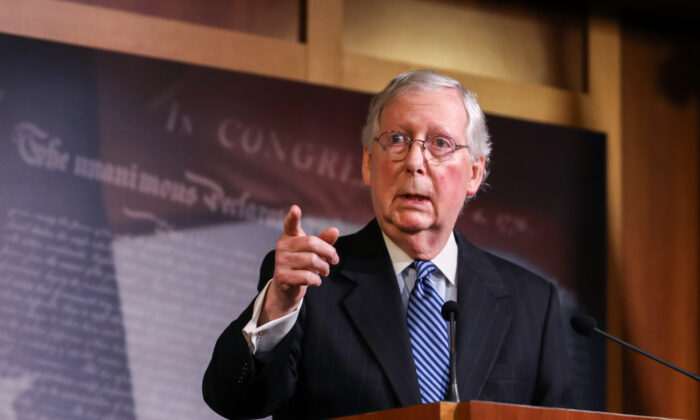 Senate Majority Leader Mitch McConnell (R-Ky.) on March 31 said the attempt to impeach President Donald Trump earlier this year distracted the White House from focusing on the threat posed by the CCP virus.

The Chinese Communist Party (CCP) virus, commonly known as the novel coronavirus, “came up while we were tied down in the impeachment trial. And I think it diverted the attention of the government because everything every day was all about impeachment,” McConnell told “The Hugh Hewitt Show.”

He noted that Sen. Tom Cotton (R-Ark.), who has been one of Congress’ most vocal opponents of the Chinese regime’s response to the viral outbreak, was “right on the mark” in predicting it would become a threat to the United States. Cotton “figured this out early, and he was absolutely right,” McConnell said.

Cotton has said the CCP “will pay” for mismanaging and will be held accountable for the crisis.

The CCP claimed the first person died in early January, and on Jan. 23, the central city of Wuhan was placed on lockdown before the World Health Organization declared it a global health emergency on Jan. 30.

In that time frame, Trump was on trial in the Senate on abuse of power and obstruction of Congress impeachment charges before he was acquitted of all charges on Feb. 5. Three weeks of January and part of February was spent on the trial, which included arguments presented by House impeachment managers led by Rep. Adam Schiff (D-Calif.) and Trump’s legal defense team.

Cotton, in an appearance on the “Hugh Hewitt Show,” said he began looking into reports about the virus in late January.

“The first time I recall talking about the China virus in the media was on your show, probably late in January, and I had started studying the problem in mid-January,” the Arkansas Republican said. “I have to tell you that in mid-January and late-January, unfortunately, Washington, especially the Congress, was consumed with another matter—you may recall the partisan impeachment of the president.”

The White House has come under fire for what some said was a slow response to the pandemic, including a shortage of test kits early on in the outbreak.

McConnell also told Hewitt that he hasn’t heard of any new reports of senators being diagnosed with COVID-19. Sen. Rand Paul (R-Ky.) confirmed last week that he contracted the virus, saying he is asymptomatic.