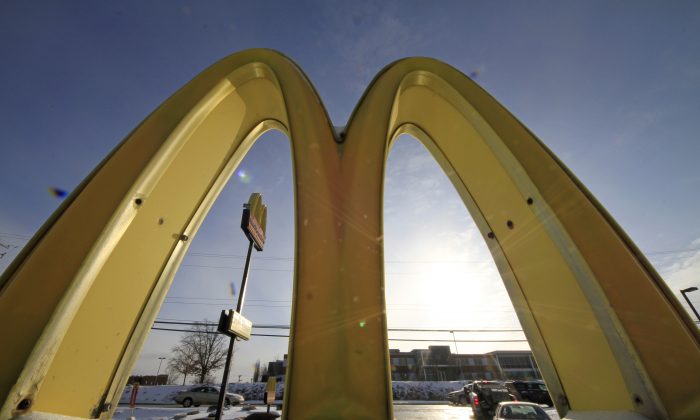 An article about undesirable content on a McDonald’s McChicken sandwich in Michigan is fake.

The story was published on a website called AllSingaporeStuff.com.

“The manager has fired two employees as a result of her allegations and the test results. The manager of the McDonald’s also said, ‘We can’t always keep an eye on our employee’s conduct. We can only hope, during the interview process, that we are able to hire employees that meet our companies standards,’” it reads.

No local media in Michigan or national U.S. media covered the alleged report.

“Ew, right? But hold on, let’s not rush to judgment. First, no such incident was reported in any local, state, or national media sources here in the U.S. Second, medical experts say herpes can only be spread via direct physical contact with an infected person, not food or drink. Third, rumors about food products purposely adulterated with bodily fluids are a dime a dozen, and — albeit on rare occasions true — mostly legendary,” says About.com writer David Emery.

“However, the report is nonsense. No such contamination incident occurred and it was not confirmed by the Health Department as claimed,” the website states. “In fact, the story is just the latest incarnation of a long running series of hoaxes that go back to at least the 1980’s. The hoaxes all relate the same basic story, but set the supposed incident in different eateries. Earlier variants often featured Indian or Chinese restaurants.”