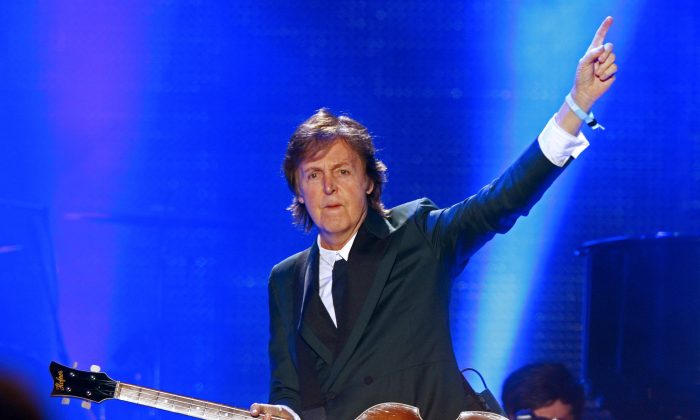 McCartney to Regain Rights of Beatles Songs in Five Years

Paul McCartney could regain the rights of Beatles songs, half of which are owned by the estate of the late Michael Jackson, in five years.

The rest are owned by Sony/ATV Music Publishing, but McCartney could get Jackson’s copyright songs back in 2018, according to the Fader.

According to the U.S. Copyright Act of 1976, songwriters can get control of the publishing rights to songs before 1978 after 56 years. It means that McCartney will get Beatles compositions created in 1962 in 2018 and songs from 1970 in 2026.

McCartney, who is 71 and worth more than $700 million, will have to wait until he is 76 to get the first portion of the Beatles songs back.

McCartney appeared at the 2013 Outside Lands Music and Arts Festival in San Francisco’s Golden Gate Park.

“This is so cool,” McCartney told the audience on Saturday, according to Rolling Stone. “I just have to take a minute to take it all in myself, okay?”