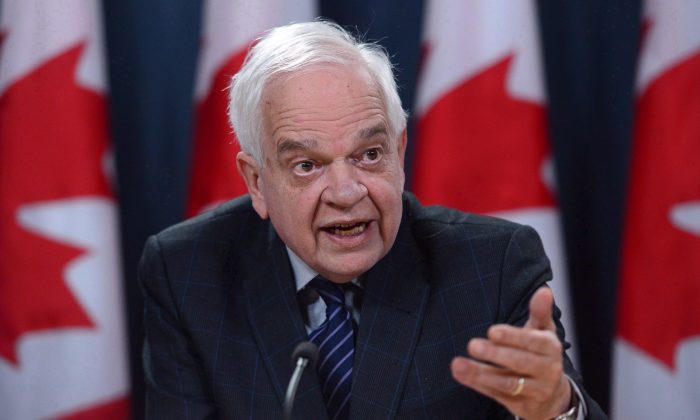 Canada’s former ambassador to China is once again in hot water after saying China should avoid escalating tensions with Canada if it doesn’t want the Liberals to lose in the next election.

“Anything that is more negative against Canada will help the Conservatives, [who] are much less friendly to China than the Liberals,” McCallum told the South China Morning Post (SCMP). According to the publication, McCallum has given this advice to his former contacts at China’s Ministry of Foreign Affairs, warning them that any further trade “punishments” could lead to a Liberal election loss.

“I forcefully and unequivocally condemn recent comments by high-profile Liberals encouraging the Chinese government to help re-elect the Trudeau government this October,” Scheer said in a statement.

I forcefully and unequivocally condemn recent comments by high-profile Liberals encouraging the Chinese government to help re-elect the Trudeau government this October. My statement on this reprehensible behaviour: https://t.co/nofi2njeLo pic.twitter.com/75E1Zy9STC

Shadow Minister for Foreign Affairs Erin O’Toole said, “Six months after being fired for incompetence, John McCallum shows that he’s still got the wrong stuff when he asks China to help the Liberals win the election.”

McCallum, a former Liberal cabinet minister, was fired from his post by Prime Minister Justin Trudeau early this year after speaking out of line on the case of Huawei CFO Meng Wanzhou, who was arrested in Canada on a U.S. extradition request. McCallum provided views favouring the release of Meng. The government has maintained the issue is before the courts and it cannot intervene in the case.

David Mulroney, a former Canadian ambassador to China, said on Twitter that McCallum’s most recent remarks are “appalling in so many ways.”

A one-time Canadian ambassador urges China to ease up on Canada https://t.co/Bf6MbutYzd as the best way of keeping the Liberals in power. This is appalling in so many ways . . .

Since Meng’s arrest, China has arrested Canadian citizens Michael Kovrig and Michael Spavor, and halted Canadian shipments of canola, meat, and other products.

A request for comment from the Prime Minister’s Office received no response by press time.