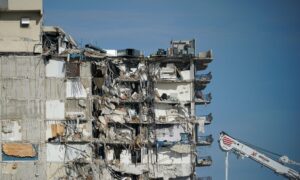 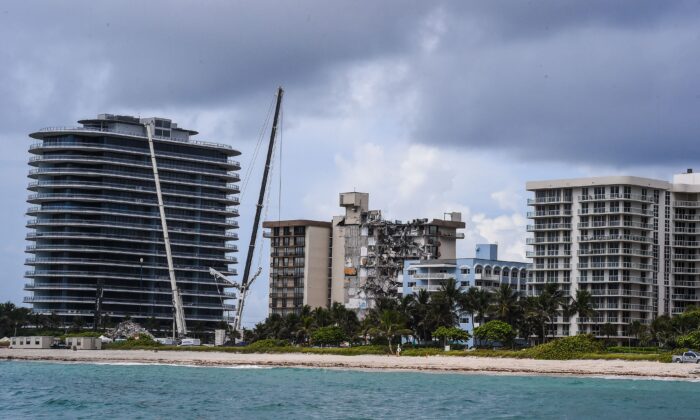 Miami-Dade Mayor Daniella Levine Cava said on Friday she’d signed an emergency order to demolish the remaining part of the building once engineers have signed off on it.

She said the order was signed now so that the demolition can move quickly once a date is set.

Officials previously said it will likely be weeks before the demolition is scheduled.

No one has been rescued since the first hours after the June 24 collapse of the 12-story Champlain Towers South condominium.

The number of people missing in the Florida condominium collapse fell substantially Friday, from 145 to 128, after duplicate names were eliminated and some residents reported missing turned up safe, officials said.

Authorities also announced the recovery of four more bodies, including the 7-year-old daughter of a Miami firefighter, raising the confirmed death toll to 22.