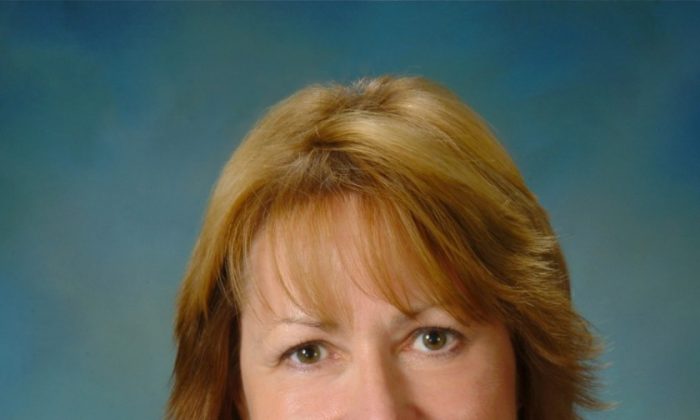 EUGENE, Ore.—The artists of the highly acclaimed Shen Yun Performing Arts, committed to preserving China’s rich 5,000-year cultural heritage, played to a packed house on the stage of the Hult Center, on Feb. 1, 2012, in Eugene. Mayor of Springfield, Christine Lundberg, was among the audience captivated by the performance.

“I am very happy we have the Hult Center that can bring performances like [Shen Yun] to this area. Otherwise we wouldn’t have the venue for this fabulous performance,” she said in an interview taken during the intermission.

The Hult Center, a world-class arts facility, is known as a cultural cornerstone of Eugene, which is often called “The World’s Greatest City of the Arts and Outdoors.”

Mayor Lundberg proudly emphasized: “In this area we love performing arts and we are always very receptive to all of the different styles and performances.”

She said it was her first time seeing classical Chinese dance. “I am very impressed that we are getting all of the stories that go with it too. I think that is very special.”

Shen Yun’s mini-drama pieces draw upon stories and legends that span China’s history from the Yellow Emperor and through to the Tang and Song dynasties and into the present. A unique feature of Chinese civilization is that its history has been documented and passed down uninterrupted for 5,000 years, sometimes in vivid detail. This provides Shen Yun with a vast source of material, making it possible to revive this ancient culture on a present-day stage, according to the company’s web site.

The Springfield Mayor was most impressed with the performers themselves; their movements, timing, and the dancers portrayal of classical Chinese dances: “a study in grace, wisdom, and the virtues distilled from the five millennia of Chinese civilization,” the website says.

“It’s beautiful. And then to mix the media with a scenery in the background and suddenly they are alive—that’s just ever so impressive and I know that the first time [it happened] the audience went, “Ah!” “It was very, very, very nice,” she added with a smile.

Mayor Lundberg was fascinated with the artist’s costumes. “The costumes are glorious. They are just beautiful, “she said.

Every costume in a Shen Yun performance is presented with brilliant colors, displaying a splendid spectacle, the company’s website says.

Mayor Lundberg said she was just learning how to use Facebook and that she would advertize Shen Yun by putting the information on her Facebook page so that she could share it with all of her friends.

“I always have lots and lots of opportunities to talk about what I am doing in the community, so I will definitely talk about the performance tonight,” the Mayor pronounced.