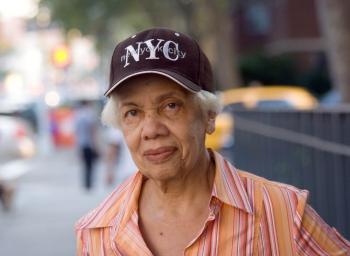 NEW YORK—Innovation grants for senior centers, taxi vouchers, free legal assistance, and much more—how does that sound to the 1.3 million senior New Yorkers?

Mayor Michael Bloomberg, City Council Speaker Christine Quinn, and New York Academy of Medicine (NYAM) President Jo Ivey Boufford, M.D., outlined on Tuesday a series of 59 long-term initiatives that will be launched throughout the year to improve the city for its growing population of retired baby boomers and the seniors that already live here.

The initiatives, which fulfill a promise made by the mayor in 2008, will focus on community and civic participation, housing, public spaces and transportation, and health and social services.

“New York is full of people like me—people who rely on senior services, but also give back in every way that we can. We are part of what makes New York City a place to grow older gracefully. It also doesn’t hurt that the mayor himself is a senior,” said Doris Williams, project event administrator of Grandparents Empowerment Movement (GEM), at a press conference.

Williams has lived in New York City for 71 years and 6 months since she immigrated when she was 18 months old. GEM is a program that assists grandparents who are committed to improving the quality for their families.

Among those additional benefits for seniors are free buses to supermarkets, discounted gym memberships, and resident artists in senior centers.

“There’s a lot more that we can do for our older New Yorkers,” said Mayor Bloomberg.

“We launched what I think is the most ambitious research ever undertaken by any city, to discover how exactly we can make New York truly a city for all ages. If you don’t have the information, you can’t make things better.

“We expect the number of residents of age 65 and over to increase by nearly 50 percent over the next 25 years. And we have to know exactly what that group of people needs and how we can provide it. … The best way to find out what people need is to ask them, and that’s exactly what we did,” said the mayor.

Provision of free buses to supermarkets—one example of the initiatives—will allow older New Yorkers from senior centers and naturally occurring retirement communities (NORCs) to access fresh food markets throughout the five boroughs with school buses from the Department of Education when they are not needed to transport students. The service will be provided with no charge.

The initiative began with a pilot in Brooklyn, where senior centers and NORCs had transported an estimated 1,800 older New Yorkers to supermarkets and other food-related venues.

To see other examples of initiatives, please see www.nyc.gov/html/om/pdf/2009/pr386-09_report.pdf.