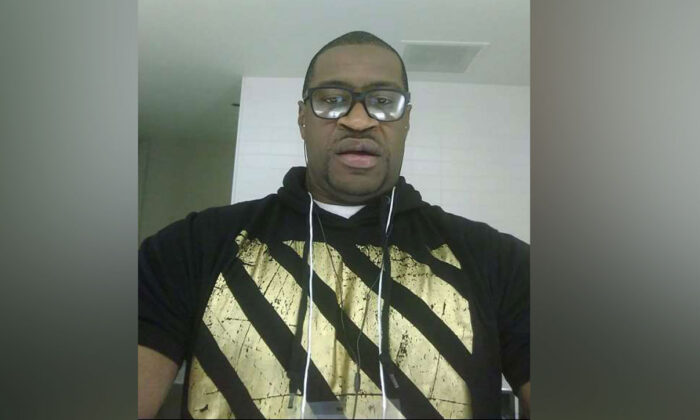 The mayor of Minneapolis called for the arrest of a police officer involved in the death of George Floyd, a handcuffed African-American man who said he could not breathe and later died.

The officer was seen kneeling on Floyd’s neck, according to video footage published of the incident, which drew violent protests in Minneapolis. The footage spread quickly on social media.

Hennepin County Attorney Mike Freeman needs to “act on the evidence before him” and charge the “arresting officer” with a crime, said Minneapolis Mayor Jacob Frey.

“I’ve wrestled with, more than anything else over the last 36 hours, one fundamental question: Why is the man who killed George Floyd not in jail?” Frey said in a news conference on Wednesday. “If you had done it, or I had done it, we would be behind bars right now.”

Floyd was pronounced dead Monday night after he was taken into custody by authorities in Minneapolis.

The Minneapolis Fire Department was called to the scene. “As [Engine] 17s attempted to locate the patient, the crew overheard and was told by several people that the police ‘had killed the man,'” said the department in a statement.

Minneapolis police said in a statement on Tuesday that officers were responding to a report of forgery when the man resisted and died after “suffering medical distress.”

The Minnesota Bureau of Criminal Apprehension and the FBI are now investigating Floyd’s death.

Meanwhile, the Hennepin County Attorney’s Office said it will “announce [their] decision on prosecution” in the future.

“We promise a thorough, expedited review consistent with our on-going commitment to justice. Every person is entitled to fairness; no person stands above the law,” a statement from the office said.

Minnesota Gov. Tim Walz said at a media briefing Wednesday that he has spoken to Frey, adding that “swift action” will be taken when an investigation is carried out.

“I was shocked and horrified by the video of George Floyd’s death,” Walz said, according to KARE. “It’s very clear to anyone that what happened to George Floyd is wrong. The lack of humanity in the video made me physically ill.”