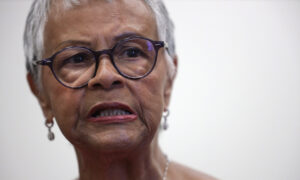 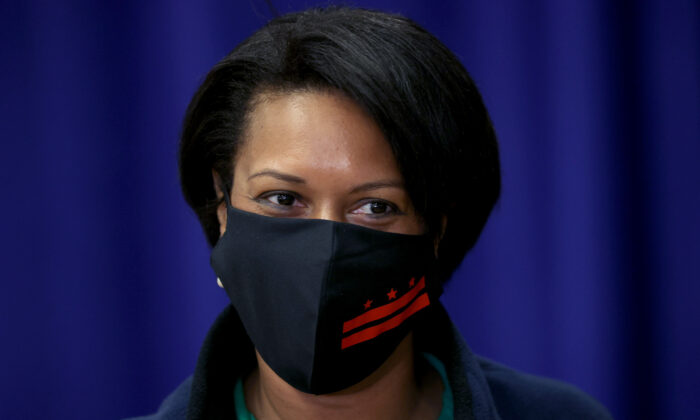 Washington Mayor Muriel Bowser said on Jan. 11 that Americans shouldn’t travel to her city to take part in the presidential inauguration on Jan. 20.

“We are all focused on preparing for the upcoming presidential inauguration. Our goals right now are to encourage Americans to participate virtually and to protect the District of Columbia from a repeat of the violent insurrection experienced at the Capitol and its grounds on January the 6th.” Bowser, a Democrat, told reporters at a press conference.

As Bowser spoke, a slide stated, “We are asking Americans NOT TO COME TO WASHINGTON, DC for the 59th Presidential Inauguration on January 20, and to instead participate virtually.”

Primarily because of the COVID-19 pandemic, plans for the inauguration are more muted than typical swearing-in ceremonies. The Presidential Inaugural Committee announced earlier this month an inauguration parade was canceled in a bid to limit in-person attendance; the parade will be virtual.

Military members will be in attendance so President-elect Joe Biden can review their readiness but the participants will be socially distanced and have to pass through “vigorous health and safety protocols,” the committee said.

“At a time of unprecedented crisis and deep divisions, America United reflects the beginning of a new national journey that restores the soul of America, brings the country together, and creates a path to a brighter future,” the committee stated.

Bowser has asked President Donald Trump to issue a pre-emergency declaration for the District of Columbia, which was granted for Barack Obama’s inauguration in 2009. She said the declaration is necessary because of the pandemic and the Jan. 6 breach of the U.S. Capitol.

In addition, Bowser sent a letter over the weekend to Acting Homeland Security Secretary Chad Wolf, requesting his department extend the national security event period to Jan. 24 from Jan. 11. She asked for the Department of Homeland Security to coordinate with the Pentagon, Department of Justice, Congress, and the Supreme Court to establish a plan to protect all federal property during that time.

Bowser also asked Acting Attorney General Jeffrey Rosen to direct the FBI to give an intelligence and threat briefing on a daily basis from Jan. 11 to Jan. 25 to law enforcement officials in Washington, and that Interior Secretary David Bernhardt cancel all public gathering permits and deny all applications for permits during the time period.

The National Park Service, which is part of the Interior Department, said Jan. 11 that it was shutting access to the Washington Monument until Jan. 24 because of “credible threats to visitors and park resources.”

Groups involved in the Jan. 6 Capitol breach “continue to threaten to disrupt the 59th presidential inauguration,” the agency stated.