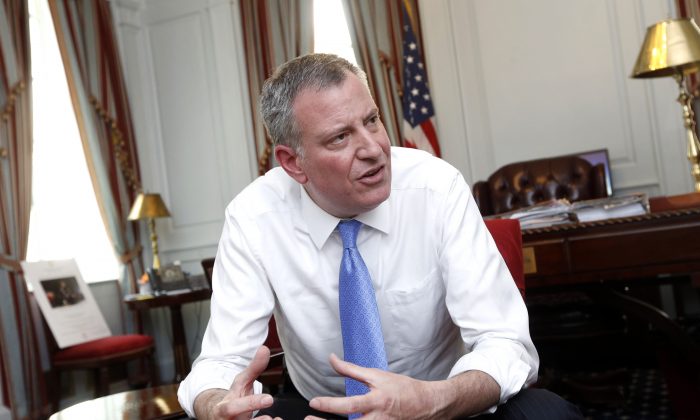 NEW YORK—The city will be studying a west Flushing neighborhood as a potential area for real estate developers to build more affordable housing, a city official announced at a City Council hearing Monday.

The hearing was the first update from the mayor’s administration since it proposed a plan to build or preserve 200,000 units of affordable housing by the year 2024.

The city plans to examine over a dozen low-density neighborhoods, to determine whether these areas can be rezoned and allow more developers to build residential housing there.

West Flushing was the latest addition. The city previously announced that it was studying East New York, Brooklyn, and a corridor along Cromwell and Jerome avenues in the Bronx as potential rezoning areas.

The East New York proposal will be released within a couple of months, said director of the Department of City Planning Carl Weisbrod at Monday’s hearing. The Bronx study began in September, and will likely take another two to three years to complete, Weisbrod said.

Under the mayor’s affordable housing plan, any new housing developments in these rezoned areas—as well as any other project in the city seeking rezoning—will now be required to rent out a certain percentage of their units to low and moderate-income households.

Last week, developers of the Astoria Cove residential high-rise agreed to rent out 27 percent of their 1,700 apartments to residents who earn 60 to 125 percent of the area median income. It was the city’s first development required to meet the affordable housing standard, known as the “mandatory inclusionary zoning” requirement.

Weisbrod explained that the city will set different requirements for developers in each neighborhood, since the number of people who can and cannot afford market value rents vary greatly in different parts of the city.

Been said the administration hopes to increase the proportion of units allocated for the lowest income bracket, with a goal of reaching 20 percent of all affordable housing units.