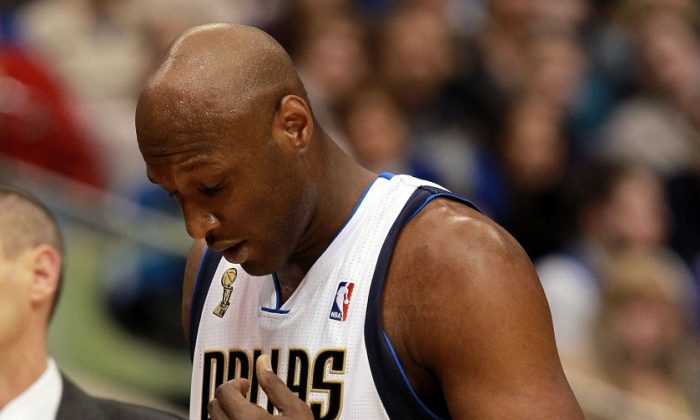 Lamar Odom has hit just 35.2% of his shots from the floor this season, easily the lowest of his 13-year career. RONALD MARTINEZ/GETTY IMAGES
NBA

The Dallas Mavericks have placed forward Lamar Odom on the inactive list, ending the underwhelming season for the reigning Sixth Man of the Year nine games early, according to a report on the NBA’s website.

“We’ve got to be able to look down that bench and count on folks to be consistent,” general manager Donnie Nelson said. “Unfortunately with him in his state right now, he’s just not capable of doing that. I say that with his best interest in mind. He’s going through a very, very tough personal time. We certainly understand that. But we’re in the thick of it in the West and we’ve got to win games.”

[Odom, in his first season in Dallas, has established career-lows in points (6.6), rebounds (4.2) and minutes per game (20.5) this season for the defending-champion Mavericks.