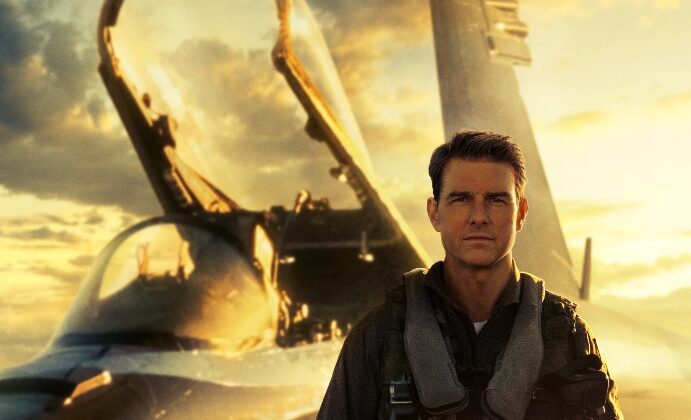 ‘Maverick’ Is Set to Buzz the CCP’s Tower, and It’s About Time

NEW YORK (May 27)—Recent news is that Tencent Pictures, a film distributor and production group owned by the Shenzhen-based Chinese technology giant, has dropped financing of “Top Gun: Maverick,” the widely anticipated sequel to the 1986 smash hit film about U.S. Navy aviators at the advanced Fighter Weapons School. Reports say that Tencent thought it was risking the wrath of CCP officials by portraying U.S. military strength in a favorable light.

Hollywood has been an obsequious vassal to the CCP—or more accurately, CCP censors—for at least 25 years. In trailers for the “Maverick” sequel, eagle-eyed observers noted that actor Tom Cruise’s leather jacket—his father’s—dropped the Taiwan and Japan flag patches that had appeared in the original film, replacing them with indistinguishable patches with a similar color scheme. As noted by Mark MacKinnon of the Toronto Globe & Mail in 2019.

There’s a new Top Gun movie coming out. And Maverick is wearing the same leather jacket – only this time it’s Communist Party of China-approved, so the Japanese and Taiwanese flag patches are gone (screenshot on right is from the new trailer)… pic.twitter.com/gUxFNFNUKX

In January, CCP censors took the extraordinary step of actually altering the already ambiguous ending of 1999’s “Fight Club” so as to eliminate the dystopian (and revolutionary) climax, where “Operation Mayhem” plays out. Instead, CCP censors concocted this alternative ending, as explained by film journalist Courtney Howard:

FIGHT CLUB’s ending for the Chinese release (on Tencent Video) was changed to this and now I’m waiting for someone to fanfic a sequel based on this censored ending. pic.twitter.com/zYB0bY3Dlp

A month later, as the censorship became well known and ridiculed in other countries, China restored the original ending.

Most recently, CCP censors banned “Doctor Strange 2” because a scene in the movie’s trailer momentarily showed a news box containing the print edition of this organization’s newspaper.

A Tradition of Film Censorship

Nearly every country in the world has had some form of film censorship. “Cinema Paradiso,” the 1988 Academy Award winner for Best Foreign Film that is, itself, a loving ode to film, even satirized the heavy hand of Catholic Church censorship of Italian films of the 1940s and 1950s, when much of the film is set.

The United States is infamous in the modern age for its Production Code, which was in effect from 1934 to 1968, and which, as PBS put it:

“…spelled out specific restrictions on language and behavior, particularly sex and crime—two sure-fire box office draws. It prohibited nudity, suggestive dances, and the ridicule of religion. It forbade the depiction of illegal drug use, venereal disease, childbirth, and miscegenation. The language section banned dozens of ‘offensive’ words and phrases. Criminal activity could not be presented in a way that led viewers to sympathize with criminals. Murder scenes had to avoid inspiring imitation, and brutal killings could not be shown in detail. The sanctity of the marriage and the home had to be upheld. Adultery and illicit sex, although recognized as sometimes necessary to the plot, could not be explicit or justified and were not supposed to be presented as an attractive option.”

But unlike most democratic nations in the last 50 years or so, China’s censorship is overtly political—and paranoid—so much so that even broad, oblique, themes that the regime in China deems a threat to its control—like revolution or rebellion—are banned.

China’s censorship of foreign film goes back to at least 1977, when Chinese authorities banned distribution of the original “Star Wars” movie, about an insurgent force “long ago, in a galaxy far, far, away” fighting “The Empire” for their freedom. As laughable as it may seem, the censors of the CCP were (and apparently remain) concerned the party’s hold on the Chinese government is so tenuous that they fear R2D2, C3PO, and a Wookie—men in fur and robot costumes—and their human compatriots in a science fiction movie might spark a popular revolution in the Middle Kingdom.

It seems now, though, that Hollywood—or at least Marvel Entertainment and Columbia Pictures, a unit of Japan’s Sony—may finally be standing up to CCP censors in China.

Earlier this month, reports emerged that the producers of the “Spiderman” film franchise refused to remove the Statue of Liberty from closing scenes of the film, as CCP censors had demanded. As of this writing, the film will not be distributed in China.

And, coincident with the news this morning that Tencent Pictures has discontinued financing of the “Maverick” film, it was reported just yesterday that Paramount, the American producer, has restored the Taiwanese and Japanese flag on the Tom Cruise character’s leather flight jacket. So far, “Top Gun: Maverick” has no scheduled release date in China.

Increasing political tensions between the United States and China may have caused Hollywood to become less obliging to China’s demands.  Moreover, an increasingly engaged and circumspect American public is less willing to ignore China’s brutal repression, especially as Hollywood’s elites criticize American cultural failings while simultaneously ignoring the brutality of the regime in China.

But the CCP should be aware that no censorship can ever be total, particularly with the technological resources available on a laptop today.

China will see American films, eventually, whether the CCP allows it or not.

And that’s a good thing. “It’s time to buzz the tower.”