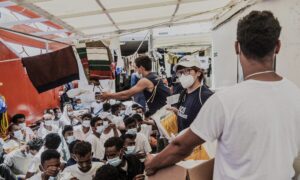 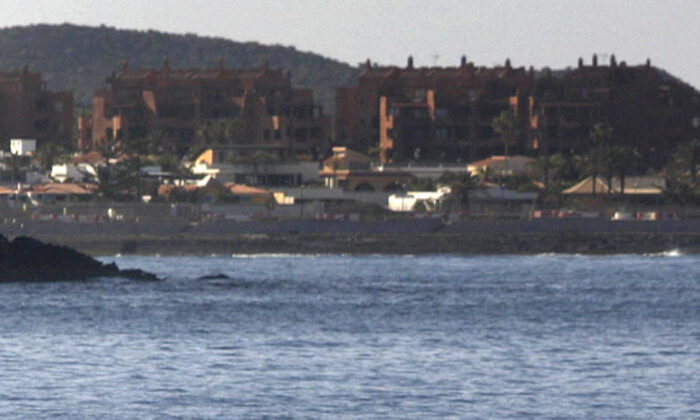 The port of Los Cristianos on the Spanish Canary island of Tenerife in a file photo. (Nahum/AFP via Getty Images)
Africa

NOUAKCHOTT, Mauritania—The Mauritanian Coast Guard has rescued a group of seven migrants from a stranded boat in the coastal Atlantic, though 47 other passengers are feared dead, the International Organization for Migration said Tuesday.

The boat was carrying West Africans trying to migrate to Spain’s Canary Islands, off northwest Africa, according to IOM’s Missing Migrants Project.

Just days after their boat departed on Aug. 2 from Morocco, the engine broke down and the vessel drifted for two weeks.

Without adequate food or water and not knowing where they were going, passengers began to die off, survivors told the IOM.

The boat drifted until it was found Monday by the Mauritanian coast guard off the coast of Nouadhibou.

The seven survivors were taken to Nouadhibou, where they received emergency assistance from IOM and the French Red Cross. Four survivors were in critical condition and taken to the hospital.

Those on the boat were from Mali, Senegal, Ivory Coast, Mauritania, and Guinea. The passengers included 11 women and 43 men, including 3 children.