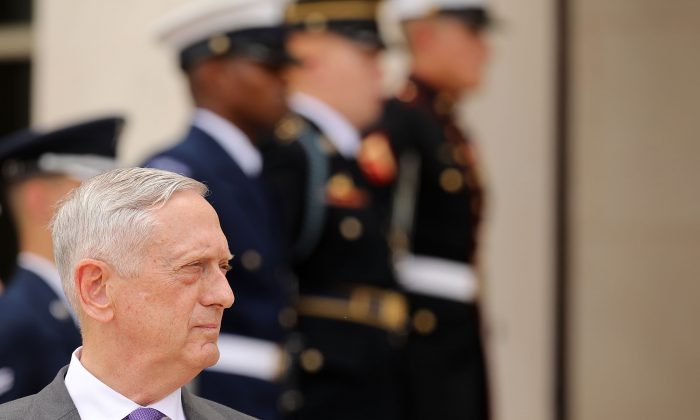 Secretary of Defense James Mattis met with King Abdullah II of Jordan on June 22 in Washington, D.C., where the two reaffirmed the U.S.-Jordan security partnership.

Exact details on the discussion are slim, but a Pentagon release says the two leaders “discussed a broad range of regional issues.”  Mattis thanked King Abdullah for his leadership and commitment to security and stability in the region and for his role in helping operations to defeat the terrorist organization ISIS.

Part of the reason for the new facility was to cut costs, but U.S. Army Lt. Col. Nicole Davis, program manager with U.S. Army Central, said in the report that there was also more to it.

“Another reason for the move was to reconfigure how the Army works and operates in Jordan,” Davis said. “Armed Forces Jordan (ARFOR-J) will transition into a Regional Support Group (RSG) by the end of 2018, providing the built-in capability to manage army activities across Jordan

The New Joint Training Center building layout “is configured to optimize the capabilities of an RSG as well as the joint training missions to promote synergy between Jordanian and American armies,” Davis added.

Jordan is part of the U.S.-led coalition to fight against ISIS in Iraq and Syria, and is also part of a coalition led by Saudi Arabia in Yemen, where forces are fighting Iran-backed Houthi rebels.