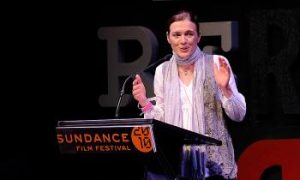 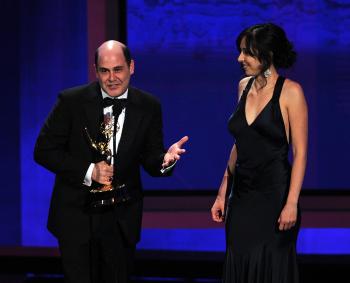 By Angela Wang
biggersmaller
Print
The Emmy Award for Outstanding Writing For A Drama Series went to Mad Men writers Matthew Weiner and Erin Levy, who wrote "Shut the Door. Have a Seat," the last episode in the third season of the show.

In this episode, Betty informs Don that she is divorcing him. She boards a plane with Gene and Henry Francis. Don moved from their house to an apartment in Greenwich Village.

Weiner was also nominated for "Guy Walks into an Advertising Agency," another episode of the show.

The 62nd Primetime Emmy is being aired live from Los Angeles on NBC.