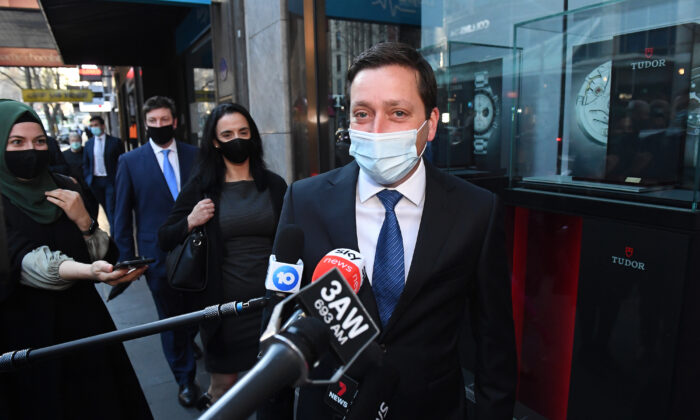 Matthew Guy has been elected unopposed as opposition leader in the Australian state of Victoria after a Victorian Liberal party room spill motion to replace Michael O’Brien on Tuesday morning.

The party room vote, which saw Guy elected 20-11, took place at Victorian Liberals headquarters prior to the state’s Parliament resuming sitting after the state’s sixth COVID-19 lockdown, caused parliament to be delayed for a week 3AW radio reported.

David Southwick, the member for Caulfield, was elected as Deputy Leader.

“Firstly, I want to say my thoughts immediately on this day are with all of those people on the frontline working to manage our COVID response here in Victoria, people like my wife and all those other people like myself who yesterday were homeschooling,” Guy told reporters following the vote.

“All those small businesses, people who can’t open and are doing it very, very tough today.

“We will have clear alternatives for Victorians; we will begin to articulate today—a plan, not just for lockdowns but for recovery.

“Victoria’s best days are ahead of it, not behind it.”

The ousted former leader, O’Brien, congratulated Guy on his election and called on the Liberals rank and file to get behind Guy and the new leadership.

“I think that every Liberal leader deserves support, and Matthew deserves it no less than anyone else,” O’Brien told reporters.

“I’ve had an opportunity to be in your living rooms, in your radios, in your newspapers,” he said.

“But it’s been such a privilege to be able to have that conversation with Victorians because I love this state.”

Guy was previously the Victorian Liberals’ leader but did not lead the party to victory in the state election in 2018. Instead, Labor’s Daniel Andrews became premier.

This resulted in him resigning following the 2018 election defeat, which saw the party lose 10 of its 37 seats in the lower house.

He was replaced by O’Brien, who has faced sustained criticism for failing to land political blows on Premier Andrews and his Labor government during the pandemic.