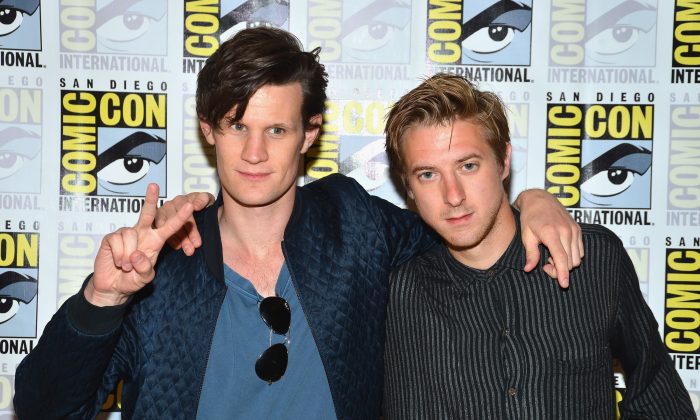 Matt Smith “Doctor Who:” Matt Smith, who plays the Time Lord on the BBC show, is leaving the popular British show.

Smith said in a statement relayed by BBC that “‘Doctor Who’ has been the most brilliant experience for me as an actor and a bloke, and that largely is down to the cast, crew and fans of the show.”

“The fans of Doctor Who around the world are unlike any other; they dress up, shout louder, know more about the history of the show (and speculate more about the future of the show) in a way that I’ve never seen before, your dedication is truly remarkable,” he added. “Thank you so very much for supporting my incarnation of the Time Lord, number Eleven, who I might add is not done yet, I’m back for the 50th anniversary and the Christmas special!”

BBC is keeping the specifics of Smith’s “spectacular exit” under wraps, though it has been revealed he will return for one special 50th anniversary episode on November 23.

The central character in the show has changed hands many times since 1963.

Steven Moffat, the lead writer and executive producer of the show, said in the announcement that “the search begins” for a new doctor.

Moffat said: “Somewhere out there right now – all unknowing, just going about their business – is someone who’s about to become the Doctor. A life is going to change, and Doctor Who will be born all over again! After 50 years, that’s still so exciting!”