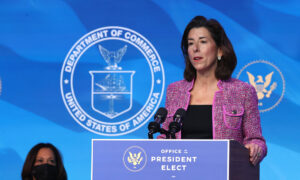 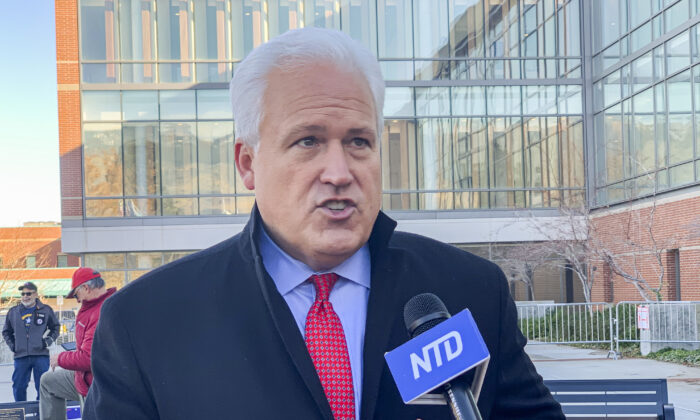 Matt Schlapp said it was very hard to gather the evidence in such a short time for the hearing in Carson City, Nev., on Dec. 3, 2020. (Nancy Han/NTD)
Politics

Republican lobbyist and Conservative Political Action Conference (CPAC) organizer Matt Schlapp said his young daughters and wife were “accosted by one of our neighbors” over their politics.

“My wonderful wife and my two youngest girls, 9 and 10, were accosted by one of our neighbors, a few doors away,” Schlapp wrote on Twitter on Jan. 30. “When either side turns their politics into intimidation it is wrong. In this case it may well be a crime. Disagree with me all you want but leave my girls alone. I mean it.”

Schlapp added that he would not disclose the name of the person who allegedly accosted his family.

“If this ‘neighbor’ apologizes in person to my wife and two young girls it would be accepted. No one should tell a 9 year old to [expetive] off,” he wrote. “No one. Especially over politics. If Democrats of stature act like this I really don’t want to hear about unity not one second more.”

Schlapp said he wishes him “no harm.”

“I won’t disclose who the person is. Strange thing I met him once and he seemed decent. Maybe he had a bad day. Maybe he has TDS,” he wrote, referring to “Trump derangement syndrome,” a term Trump supporters use for those they consider to be irrationally opposed to the former president. “We wish him no harm and no one else should either. I just want my kids to feel safe and welcome again @greta. Maybe it’s time to move away.”

Paul’s wife, Kelley Paul, wrote in a Washington Examiner article after Black Lives Matter protesters confronted them, “At first, I attempted to meet the eyes of one of the protesters and tried to explain that Rand authored the Justice for Breonna Taylor Act, but it seemed to just infuriate them more.”

Separately, Schlapp told The Associated Press that he has spoken with former President Donald Trump’s team about the future and suggested in a Fox News interview that he will push for fixing voter irregularities across the United States following months of voter-fraud claims by Trump and his legal team.