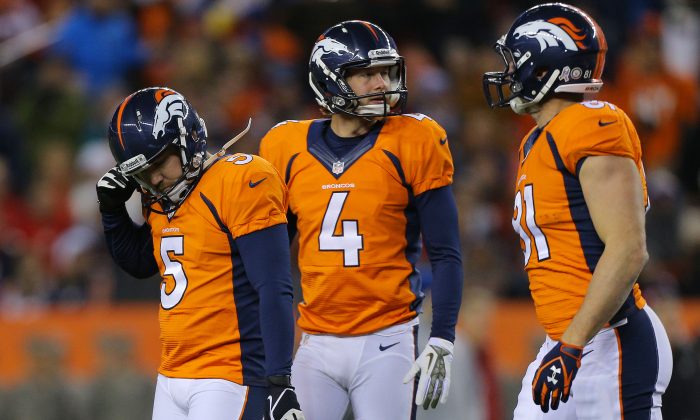 Matt Prater #5 of the Denver Broncos reacts as he misses a field goal attempt late in the second quarter against the Kansas City Chiefs at Sports Authority Field at Mile High on November 17, 2013 in Denver, Colorado. (Photo by Justin Edmonds/Getty Images)
NFL

Matt Prater, the kicker for the Denver Broncos, kicked the longest field goal in NFL history against the Tennessee Titans on Sunday.

Prater kicked a 64 yard field goal at the end of the second quarter. A video of it can be seen here.

He was kicking at Mile-High Stadium in Denver. The temperature was about 18 degrees at kickoff.

The previous longest kick was 63 yards–which was tied by kicker David Akers, who was playing for the 49ers at the time, last year.

“Way to go Matt Prater! Awesome! Way to keep it in the Broncos family! I’m very proud and excited for you!” he tweeted.

And in 1970, Tom Dempsey with the New Orleans Saints kicked a game-winning, 63-yard field goal. Dempsey was born with half a right foot.