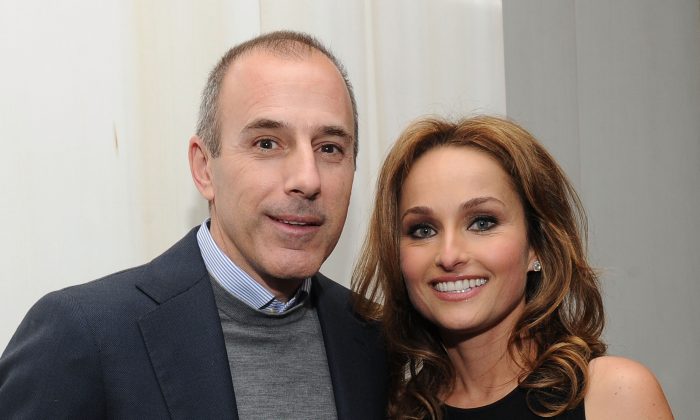 Matt Lauer, the “Today” co-anchor, will moderate the Commander-in-Chief Forum on Wednesday, Sept. 7—the first joint appearance of Donald Trump and Hillary Clinton in the general election.

NBC News issued a statement confirming Lauer’s participation in the event, which will be presented by MSNBC and NBC News.

“During this one-hour forum live from the Intrepid Sea, Air & Space Museum in New York City, both Hillary Clinton and Donald Trump will be on stage back-to-back taking questions on national security, military affairs and veterans issues from NBC News and an audience comprised mainly of military veterans and active service members,” the statement from NBC reads. The event will be hosted by the Iraq and Afghanistan Veterans of America.

The one-hour event will be broadcast simultaneously on NBC and MSNBC, and will be streamed live on NBCNews.com at 8 p.m. ET.

“IAVA members worldwide—93 percent of whom say they’ll be voting in November, and many deployed in Iraq and Afghanistan right now—are ready to hear from the candidates and hold them accountable,” Paul Rieckhoff, chief executive officer of the Iraq and Afghanistan Veterans of America, said in a statement to the Orlando Sentinel.

There have been reports that Lauer was once a member of the Clinton Global Initiative, which was founded in 2005 by Bill Clinton and is the leadership arm of the Clinton Foundation.

According to The Hollywood Reporter, a deleted web page of the Clinton Global Initiative showed TV anchors as “prominent members,” including Anderson Cooper, Maria Bartiromo, Thomas Friedman, and Christiane Amanpour.  Sources at NBC also told THR that Lauer never was a member nor has he donated any money to the organization.

“Matt Lauer was not and is not a Clinton Global Initiative member,” an NBC News spokesperson told the publication. “He interviewed President Clinton from a CGI conference for the Today show’s live broadcast, not for the conference.”