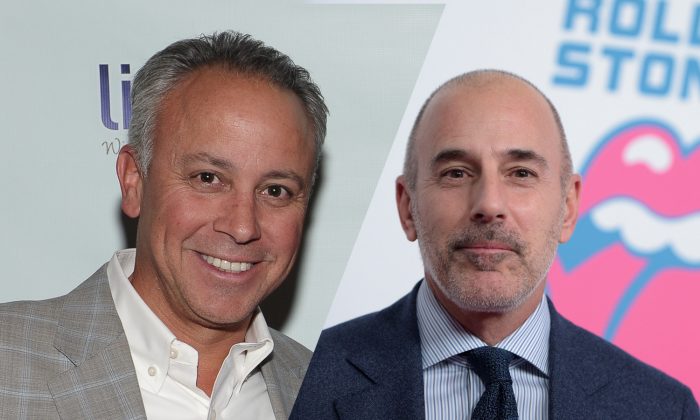 An internal letter announced the departure of  “Today” executive producer Don Nash in the latest shakeup at NBC’s “Today” after the Matt Lauer’s sexual misconduct allegations led to his firing.

“I cannot thank Don enough for everything he contributed in nearly 30 years at TODAY – almost half of the show’s 66-year history. He led the TODAY team through many transitions and got the show back to number one. He leaves with every aspect of the show on top and with a legacy he should be proud of,” wrote Lack in the letter, as obtained by Daily Mail.

Thanks for all your tweets and notes. I am touched! Grateful for all the support over the years. Excited about what’s next.

Nash worked as executive producer of “Today” since 2012. He started the position around the same time Ann Curry was fired, and is seen as a Matt Lauer ally, sources told Page Six. Nash has held various positions on “Today” for the three decades he worked there. He made comments in support of Lauer when Lauer’s job was rumored to be in jeopardy on a previous occasion, in a comment published on celebrity gossip blog Perez Hilton.

“I can tell you unequivocally that the staff is not divided over whether Matt should stay or go — this staff loves Matt,” said Nash in a quote published in 2013. “We hope Matt stays forever, but you’re always looking for talent because you want the person to grow into the job and you want some time to groom them.”

Nash’s dismissal coincides with an interview by former “Today” anchor Ann Curry on CBS. Curry addressed Matt Lauer and sexual harassment at NBC. “CBS This Morning” hosts got Curry to admit that it does exist, although she refused to mention anyone by name. A popular assumption still circulates that Lauer is the reason behind Curry’s 2012 dismissal as a “Today” anchor.

“Today” show’s Al Roker denied Lauer having that responsibility, and claimed that upper management made the call, during an interview on Sway In The Morning. An article in New York magazine talks about how management made the decision to cut Curry in order to keep Lauer. Executive producer Jim Bell knocked Curry as part of a series of moves designed to please Lauer so he would stay once his contract was up that same year.

“Don is one of the nicest guys in the business, but he was part of ‘Matt’s club’ headed by [former ‘Today’ EP] Jim Bell. They deny covering up for Matt, but they certainly catered to him, and they are very much entrenched in Lauer’s legacy.”

Page Six also mentions chef Giada De Laurentiis as a Lauer ally that could have her “Today” appearances curtailed, although her rep denies it. Besides demonstrating her cooking skills on “Today,” she was suspected of having an affair with Lauer.