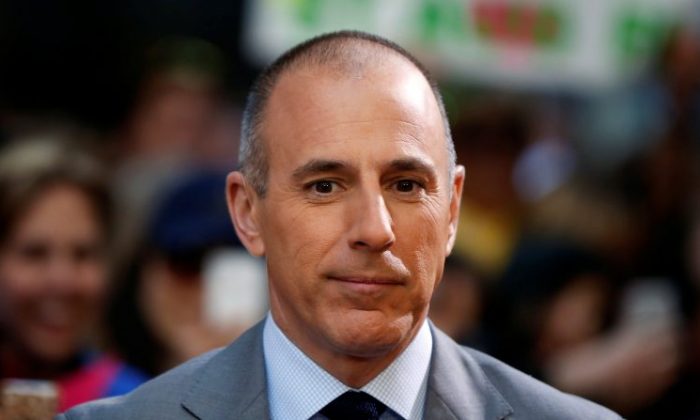 Disgraced former NBC anchor Matt Lauer has spoken out about another controversy he has become embroiled in—on the other side of the world.

The former Today Show host purchased a $9 million long-term lease for Hunter Valley Station, a 26,000-acre parcel of land that runs along Lake Hāwea, near Queenstown on New Zealand’s South Island, in 2017.

As part of the agreement, Lauer was required to allow public access to a national park adjacent to the land that is only accessible via a gravel road that runs through the property.

Lauer, 60, had been granting access to walkers on an ad-hoc basis, but the public conservation bodies are now seeking an automatic right of access to the road for all visitors of Hāwea Conservation Park.

In his first interview since being fired by NBC over sexual misconduct allegations, Lauer said he was being targeted because of his recent “difficult times.”

“I don’t think I’m being a conspiracy theorist here, or paranoid, but I believe the groups are in some ways, unfortunately, taking advantage of some difficult times I’ve been through over the past six months and I think they see me as an easy mark,” he told Radio New Zealand on July 24.

He said the two public bodies seeking the easement over the road, the Walking Access Commission and Department of Conservation, were pursuing a solution to a problem that didn’t exist.

“This easement that’s been proposed is being proposed to solve a problem that does not exist, and that’s the misinformation that’s out there and it’s out there on purpose,” he said.

“I don’t know what the problem [is] they’re trying to solve because we have never denied people access who have gone through the correct procedure and called the station and said they were prepared to be on the road and properly equipped.”

He denied claims that he had refused entry onto the land, saying access had been granted to more than 100 people, and only a small handful had been denied because of farming activities being conducted at the time.

The land includes a five-bedroom lakefront house, several huts, and 13,000 cattle and merino sheep, according to the listing on Sotheby’s International Reality.

Lauer said he wouldn’t have signed onto the lease if there was unrestricted access to the land.

“The fact is I bought this property after going through that process and being told one set of circumstances exist, and now a year later they’re coming to me and saying ‘let’s change the rules of the game.’ I think anybody would find that disturbing,” he said

“In the year and a half or year plus that I’ve owned it, I’ve invested hundreds of thousands of dollars to improve the property and now a year later they come and say ‘oh wait a minute, we granted you this lease under this set of rules. We’d like to change the rules.’ I don’t think that’s fair.”

He added that he would explore compensation if an easement was ultimately granted.

The former anchor’s firing last November prompted an investigation by the New Zealand Overseas Investment Office, which clears major foreign buyers, into whether he had breached a condition requiring the purchaser to be of “good character.” The Office decided not to take action against Lauer last month.