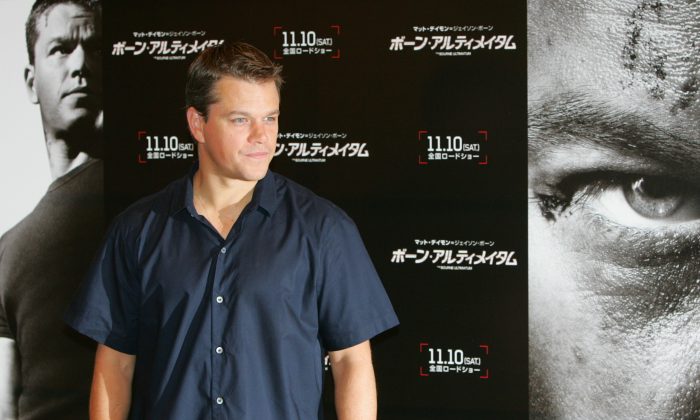 Matt Damon Responds to Claims of ‘Whitewashing’ in Latest Film

Matt Damon criticized “outrageous” stories as he responded Tuesday to accusations that his role in new movie “The Great Wall” should have gone to an Asian actor.

Some critics have said Damon’s casting as the lead character amounted to “whitewashing,” in which Caucasians are chosen for roles that actors of other ethnicities should play.

In an interview with The Associated Press, the American actor said he thinks of the term “whitewashing” as applying to Caucasian actors putting on makeup to appear to be of another race, as was common in the early days of film and television, when racism was overt.

“That whole idea of whitewashing, I take that very seriously,” Damon said, using the example of the Irish-American actor Chuck Connors, who played the lead character in the 1962 film “Geronimo,” about the famed Apache chief.

Damon, 46, plays an English mercenary in the upcoming $150 million adventure fantasy about an army in China battling monsters. The movie’s trailer sparked criticism in the U.S. that a white man had been chosen to play the lead in a film set in China.

“Fresh Off the Boat” actress Constance Wu slammed Damon’s film in July, tweeting: “We have to stop perpetuating the racist myth that a only white man can save the world. It’s not based in actual fact. Our heroes don’t look like Matt Damon.” She added, “They look like Malala. Ghandi. Mandela. Your big sister when she stood up for you to those bullies that one time.”

Damon, however, told the AP that his character was intended to be European due to the story’s demands.

He thought the controversy would lessen in the months after the trailer’s release.

“Once people see that it’s a monster movie and it’s a historical fantasy and I didn’t take a role away from a Chinese actor … it wasn’t altered because of me in any way,” he said.

Damon lamented that people made judgments based on a trailer.

“I had a few reactions. I was surprised, I guess, because it was based on a teaser, it wasn’t even a full trailer, let alone a movie,” he said, according to Entertainment Weekly. “If people see this movie and there is somehow whitewashing involved in a creature feature that we made up, then I will listen to that with my whole heart. I will think about that and try to learn from that. I will be surprised if people see this movie and have that reaction. I will be genuinely shocked.”