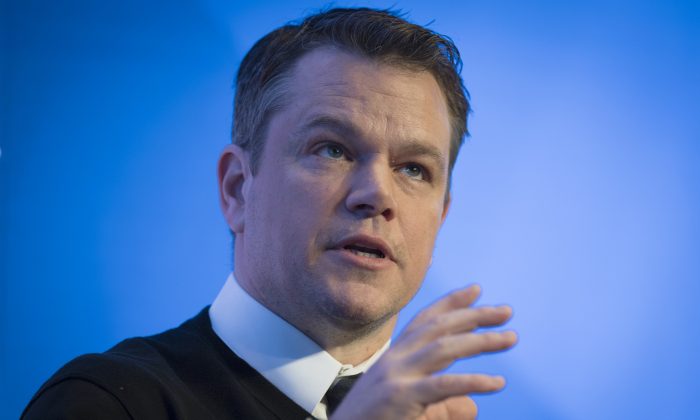 Actor Matt Damon said that his father is battling cancer, and his family is welcoming well wishes and prayers.

The “Jason Bourne” star says his father, Kent, has been battling cancer—multiple myeloma—since 2011.

“It’s been a slow, unfolding, my dad’s sick, so that’s been a process we’re going through,” the actor told Extra. “We’ll take any prayers you got, so throw ’em up there.”

Our thoughts are with Matt Damon & his family this evening as his father Kent battles a rare blood cancer called multiple myeloma: https://t.co/UKZ0fTF8zE

Damon had to pull out of a BAFTA Los Angeles event in October due to a family emergency in Boston. At the time, it was reported that Kent was “gravely ill.”

“Hello and thank you to everyone at BAFTA,” he said in a recorded statement. “I found out about this award six months ago and I was just so incredibly honored to receive it and I was really looking forward to tonight. Unfortunately, I had to go back to Boston for a family emergency. I’m really sorry not to be with you tonight. Thank you for this wonderful honor and I hope you have a lovely evening. See you soon.”

His father is prepared to “fight it to a standstill,” Damon told WCVB in Boston.

“We’ve lost some close personal friends to cancer in recent years, but I never thought it would happen to my dad, the marathon runner,” Damon said. “It sucked.”