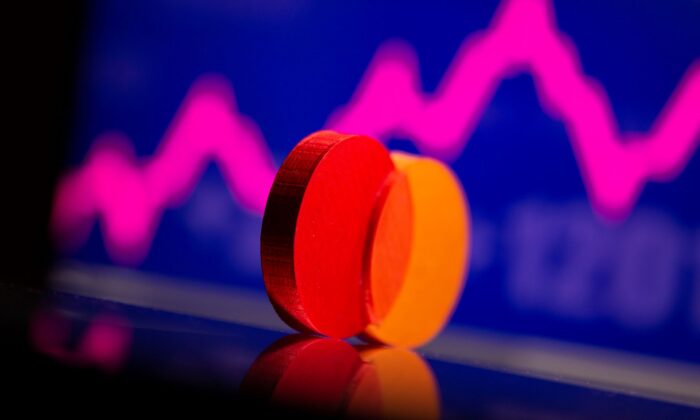 A 3D printed Mastercard logo is seen in front of displayed stock graph in this illustration taken on Sept. 20, 2021. (Dado Ruvic/Illustration/Reuters)
Companies

MasterCard to Pay $43 Million for Breach of Anti-Competition Law

UK’s payment regulator has fined Mastercard, along with four other companies, for anti-competitive behavior in the prepaid cards market that could have resulted in higher prices paid by local authorities to distribute welfare payments among vulnerable members of society.

These cards were used by local authorities to give out welfare allowances to the victims of domestic violence, homeless and asylum seekers.

“This investigation and the significant fines we have imposed send a clear message that the PSR has zero tolerance for cartel behavior,” said Chris Hemsley, Managing Director of the Payment Systems Regulator in the PSR news release.

Hemsley said that cartel ways of doing business led to less competition and choice which means authorities “may have missed out on cheaper or better-quality products which were used by some of the most vulnerable in society.”

When initial findings by PSR were released last year, MasterCard said, “We apologize that the actions of two former employees resulted in the standards expected of us not being met in this instance,” cited by the Independent.

PSR investigations found that MasterCard funded the National Prepaid Cards Network, a network with social organizations and local councils that were keen on using the prepaid cards. The parties involved in servicing the network colluded amongst themselves to exclusively allocate potential new public sector customer contacts obtained through promotional events.

PSR found that there were two market-sharing cartels in the prepaid market. From 2012 to 2018, the first cartel, involving the five companies, participated in anti-competitive behavior, with some more involved than others.

The second cartel ran from 2014 to 2016 and involved APS and PFS. Both companies agreed not to target each other’s public sector customers during times of contract renewal, including public tenders.

PSR has now concluded the investigations, and the companies have admitted to breaking the law and have settled the fines. APS, PFS, allpay are licensed issuers of Mastercard while Sulion was a service provider to the company.