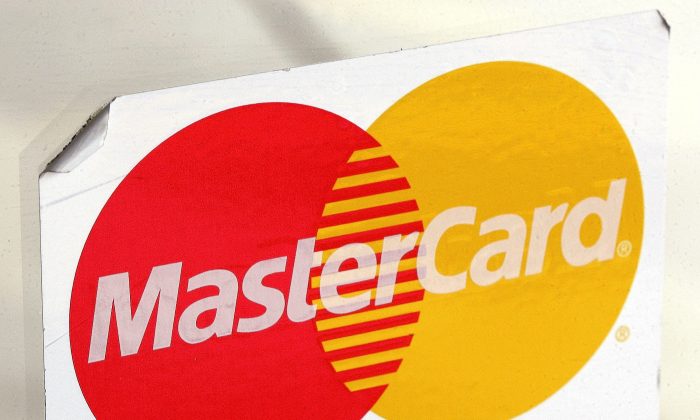 A MasterCard sticker is seen on a glass door of a store on May 25, 2006 in Niles, Illinois. (Photo by Tim Boyle/Getty Images)
Business & Markets

LONDON—MasterCard is being sued for 14 billion pounds ($18.6 billion) in Britain for allegedly charging excessive fees on millions of transactions over a 16-year period.

The firm says the claim is the biggest in British legal history and could bring a payout to 46 million British MasterCard users.

The suit alleges that MasterCard charged stores unlawfully high fees on transactions between 1992 and 2008, which were passed on to consumers in the form of inflated prices for goods and services.

Low Taxes at Dozens of Firms in Spotlight After Apple Ruling

“The filing of this claim is the first step towards consumers obtaining compensation for what MasterCard did,” Merricks said, calling it “a watershed moment for consumer redress in this country.”

Under Britain’s new Consumer Rights Act, all U.K. consumers who paid the charges and currently live in Britain will automatically become part of the group of claimants — and eligible for compensation — unless they explicitly opt out.

The suit follows a 2014 ruling by the European Union’s highest court that the fees violated EU antitrust rules.

MasterCard said in a statement that “we continue to firmly disagree with the basis of this claim and we intend to oppose it vigorously.”

The tribunal will rule late this year whether the case can proceed, the law firm said. If so, it is expected to go to court in 2018.