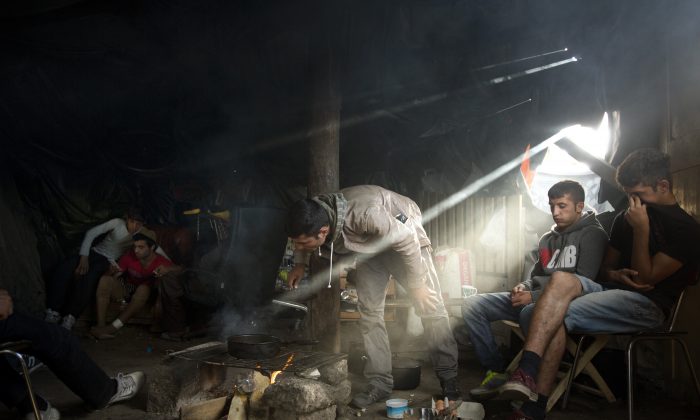 In this Sunday, Aug. 9, 2015, file photo, Afghan migrants stay inside a tent as they cook food at a camp set near Calais, northern France. (AP Photo/Emilio Morenatti)
International

I remember, last year, when I was freezing on an early morning February assignment, my fellow in pain, incidentally working for The New York Times, complained to me about the “golden light” obsession among young photographers. It’s like there’s no other time of the day than that little window before the sunset, when the sun bathes the world in the proverbial golden light. But when everything is photographed this way, doesn’t that lead to a lack of variety?

On the other hand, if someone works with sunsets so well as Emilio Morenatti, you just can’t get enough.

Morenatti is someone I’d call the master of shadows. Many of his great photos are enveloped in darkness, yet thanks to his great work with contrast and composition, the shadows will inevitably lead you to the main subject, giving the pictures a feel of simplicity.

A Spaniard, Emilio Morenatti, studied graphic design and since 2004 works for the Associated Press, based in Barcelona. Covering conflicts in Afghanistan, Pakistan, Israel, and the Palestinian Territories, Morenatti has quite a few stories to tell. One time he was kidnapped in Gaza City—and freed unharmed after 15 hours. A year later a fragment of a stun grenade broke his leg when he was covering a West Bank protest. In August 2009, Morenatti was injured again on assignment in Afghanistan.

Indeed, photojournalism is a strange occupation, requiring one to have a heart of a warrior and a poet at the same time.

The National Press Photographers Association awarded Morenatti for Best of Photojournalism story in 2012.