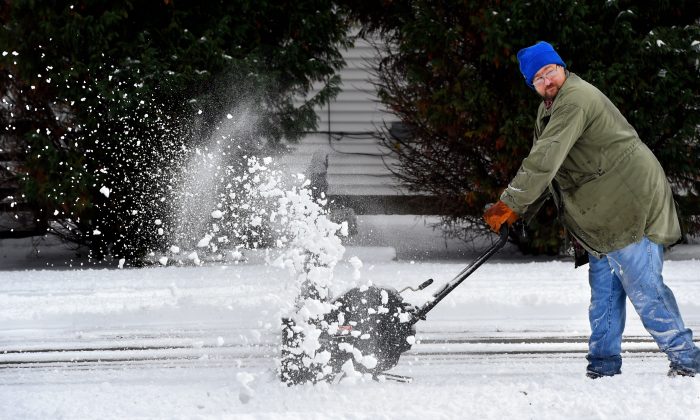 NEW YORK—Gov. Andrew Cuomo has declared a state of emergency as a massive storm blankets New York with up to two feet of snow.

Cuomo says there are no plans to shut New York City subways, Metro-North or the Long Island Rail Road but service may be curtailed.

MTA bus service in New York City will be shut down at noon.

Cuomo, Foye and other officials spoke at a briefing at the governor’s Manhattan office.

The state of emergency is in effect in New York City as well as Nassau, Suffolk, Westchester, Rockland, Orange and Putnam counties.