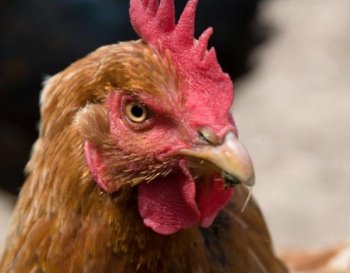 VACCINATE THE CHICKENS: Following a nationwide recall of over half a billion eggs earlier this month, NY legislators ntroduced a new legislation Sunday that would require New York farmers to vaccinate their hens against salmonella. (Photos.com)
US

The proposed bill would add requirements on the top of the Food and Drug Administration’s (FDA) updated safety regulations that went into effect last month. Although FDA’s efforts have been good, New York has to push further to ensure consumer safety, say the legislators.

“Thousands of people have been sickened,” said Squadron at a press conference outside of the Whole Foods Market in the Lower East Side. “It is because we have unsafe food practices in this country. … It is almost 100 percent preventable.”

Squadron said that implementing salmonella vaccination should be a “no-brainer,” as the practice is already widely popular and effective in the United Kingdom. After vaccinating chickens for about a decade, British farmers have been able to reduce the number of salmonella cases by 96 percent in England and Wales.

The legislators said that vaccinations would cost only one penny per dozen eggs once all the farmers implement the practice.

Squadron, a Democratic senator for lower Manhattan and a part of Brooklyn, was once a victim of the dangerous bacterial infection himself. After eating an uncooked omelet in junior high school, he was infected by salmonella and hospitalized for four days. He was able to fully recover in a couple of weeks.

Joining the legislators on Sunday was Lauren Bush, a Kentucky native who almost died in 2006 after acquiring a salmonella infection from eating contaminated spinach. She stayed in the hospital for two weeks and took six months to fully recover.

“It was by far the most traumatic experience I’ve been through,” said Bush, a member of Safe Tables Our Priority, an organization dedicated to preventing food-borne diseases.

Bush had to temporarily quit college and stay home to facilitate her recovery.

Approximately 80 billion eggs are produced in the United States each year, and about 142,000 Americans contract salmonella poisoning from contaminated eggs on an annual basis.