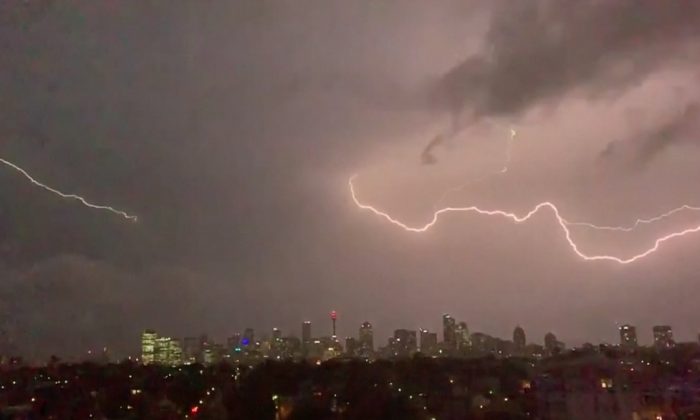 Some 700 households in Sydney remain without power after crews worked through the night to fix lines damaged by wild storms and flash-flooding on Friday, Feb. 8.

Thousands of Sydney and Illawarra residents have endured a second night without power after Friday’s intense thunderstorms inflicted widespread damage to more than 40,000 properties.

Crews from Endeavour Energy worked through the night to restore power to thousands of customers but around 725 homes and businesses are still without power on Feb. 10.

“All repairs to the high voltage network are now complete,” Endeavour Energy said in a statement on Feb. 10.

“This was a massive clean-up operation with progress hampered by flooded roads and nearly 400 individual electrical hazards.

“There is still, however, a lot work to be done today to restore power to the remaining customers, with 220 electrical hazards still to be attended to.”

North Parramatta, Granville, Parramatta, Baulkham Hills and Blacktown are among the areas with homes still in the dark.

Friday’s storms left more than 40,000 properties without electricity and nine people needing to be rescued as flash-flooding in parts of western Sydney turned intersections to lakes.

In total, around 1100 calls were made to the SES, a spokeswoman told AAP.

“We’ll be working on jobs over the next few days,” she said.

Parramatta was one of the hardest-hit suburbs, with the majority of outages and calls to the SES coming from the area.

Tropfest organisers were forced to find a different location within Parramatta Park for the short film festival after the storms damaged a stage and screens.