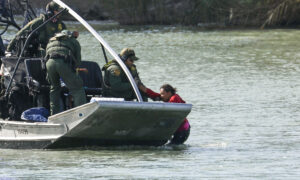 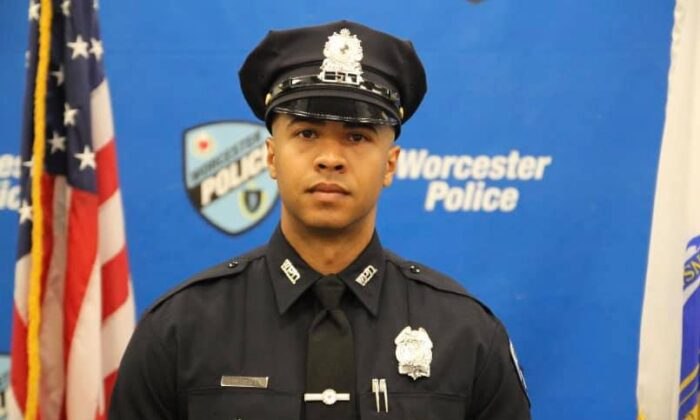 A police officer from a Massachusetts city died Friday while trying to save a drowning teen, who also died.

“The City of Worcester has lost a hero,” Worcester police chief Steven Sargent said during a news conference, referring to the tragic drowning of Officer Enmanuel “Manny” Familia.

According to the Worcester Police Department (WPD), officers responded to a drowning incident at Green Hill Park at about 1:35 p.m. Upon arrival, officers saw several people in the water, including “a male toward the center of the body of water reaching an arm up and struggling.”

WPD said in a Facebook post that five officers entered the water and pulled two individuals out. After that, officers on the scene realized that Familia was missing.

At approximately 2:28 p.m., divers located Familia and brought him to shore. The five-year veteran of WPD was taken to UMass Memorial Medical Center and later succumbed to his injuries. He leaves behind his wife Jennifer, his daughter Jayla, son Jovan, and his parents.

“We will remember and honor his selfless devotion to Worcester and his ultimate sacrifice to save someone he didn’t know,” Chief Sargent said.

According to WPD, divers also located the body of the boy that Familia tried to rescue. The identity of the 14-year-old teen was not released.

WPD said that seven divers were involved in the search and one of them suffered minor injuries.

In the afternoon, the WPD station’s American flag was lowered to half-staff to mourn Familia. A procession on Saturday will bring his body from the hospital to the Office of the Chief Medical Examiner in Westfield.

“Officer Familia is a hero who made the ultimate sacrifice while attempting to save the young man. We are thinking of all those grieving tonight, and of Manny’s brothers and sisters at the
@WorcesterPD,” Massachusetts Gov. Charlie Baker tweeted on Friday night.

Rayla Campbell, a candidate for Massachusetts lieutenant governor, remembered that Familia attended a rally last summer and introduced her to other attendees outside the Massachusetts State House.

“Manny was such a sweet amazing humble man with a smile that light up the world. My heart is terribly broken especially for his wife and small children. He gave his life to save two children and that’s an incredible hero. I am honored to have met Manny. God has another angel by his side, and we know he will be watching over all of us,” Campbell said.