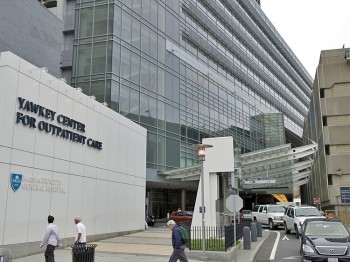 Massachusetts investigates the global payments, a system whereby providers are given a set amount of money per patient for the care of the entire pool of their patients. (Jodi Hilton/Getty Images)
US

BOSTON—Mitt Romney, former governor of Massachusetts and now a 2012 presidential hopeful, was made famous across the nation for creating a universal health care system for Massachusetts. The Massachusetts system became a model for President Barack Obama’s Affordable Care and Patient Protection Act of 2010.

Massachusetts made health insurance mandatory, splitting the responsibility between individuals and employers. Today 98 percent of residents have coverage. These coverage percentages are some of the highest in the nation. So are the costs. Last week the Massachusetts attorney general’s office addressed the issue of health care costs in the Bay State.

The report focused on global payments, a system whereby providers are given a set amount of money per patient for the care of the entire pool of their patients. Critics of the idea say it would place nonprofit or charity hospitals which serve sicker patients at a severe disadvantage, compared to for-profit hospitals with deep-pocketed owners.

“The continued increase in health care costs is one of the most important issues confronting families and businesses,” said Coakley in a statement. “Our investigation shows that a move to global payments is not the panacea to controlling costs without first addressing provider price disparities that are not related to the quality or complexity of the services being provided.”

The report found that payments vary significantly from provider to provider for the same services that according to the report, “could not be sufficiently explained by differences in quality, complexity of services, or other characteristics that might justify variations in prices paid to providers.” The report also found that higher income zip codes have considerable higher health care costs.

Among other recommendations, the report said it is better for patients to “select a primary care provider who can assist consumers in coordinating care based on each consumer’s needs and best interests.” The HMO model of health care does better at controlling costs and at providing coordinated care than the PPO model, it found. In the HMO model, a patient’s primary care doctor oversees most of the health care he or she receives.

Blue Cross of Massachusetts stated in a press release that the attorney general’s report only focused on the first year’s data from 2009. According to Blue Cross, it has focused on a 5-year strategy. “We did not expect these groups to achieve savings in the first year given all that they had to do to redesign care to place a greater focus on quality and efficiency. However, we are pleased that even in the first year of the contract, the medical claims trends of Alternative Quality Contract (AQC) providers were approximately 1 percent lower than the medical claims trends of non-AQC providers. “

Blue Cross of Massachusetts also noted in its press release that it asked the Harvard Medical School to study the health care system in Massachusetts.