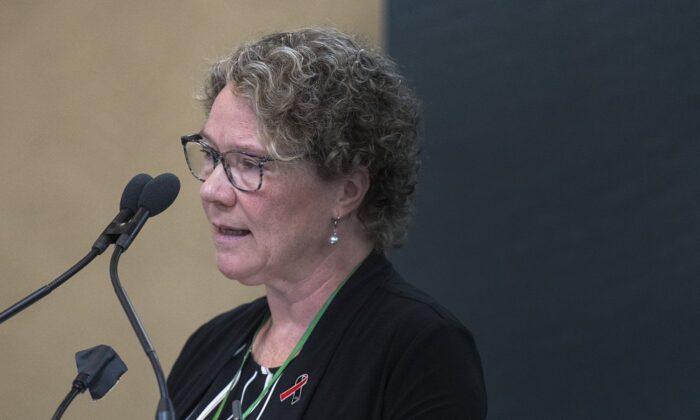 The family of the 22nd and final victim in the Nova Scotia mass shooting is calling for a permanent moratorium on the sale of decommissioned RCMP vehicles to the general public.

Jane Lenehan, who represents the family of Gina Goulet, today told the federal-provincial inquiry into the killings that the revenue from auctioning off the vehicles can’t be worth the risk to public safety, as demonstrated by a gunman’s 13-hour rampage in April 2020.

The killer managed to evade police and deceive many of his victims because he was driving a fully marked replica RCMP cruiser.

Lenehan says the federal government should instead be allowed to sell decommissioned RCMP vehicles for scrap metal and parts.

Meanwhile, the lawyer for the brother of victim Sean McLeod says a committee should be struck to track whether the inquiry’s recommendations are being followed.

Tom Macdonald says oversight should ultimately fall to a single “implementation czar “ who would hold the federal and Nova Scotia governments to account.