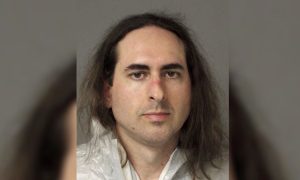 Shooting in Georgia Leaves One Dead and 8 Wounded, Including a 2-Year-Old

A shooting in Savannah, Georgia, on Friday night left one person dead and eight others injured, including two minors, a 13-year-old and a 2-year-old, according to police.

Local police were summoned to the scene around 9 p.m. and found several victims.

Most of the wounded had non-life-threatening injuries, but two are in critical condition.

Arthur Milton, 20, one of the victims, succumbed to the wounds inflicted by gunfire.

Police are still investigating and have not yet named a suspect.

Police are asking local residents to bring forth any tips they might have to help solve the crimes.

“What occurred Friday evening in the River Pointe 1 neighborhood should not happen in our city,” Savannah Police Chief Roy Minter said.

“It is an act of senseless violence that put innocent families and children in danger and resulted in the loss of one man’s life. We need the public to come forward with any information that would assist detectives in locating and identifying those involved in this violent act. We do not want this situation to repeat itself in other areas of our city. We need the people responsible for this cowardly act brought to face their charges. The little piece of information you may hold could be the key to help close this case. If you know something, say something.”