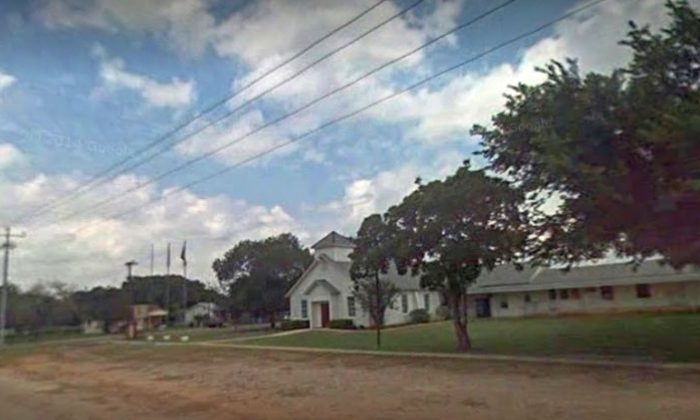 Several people were shot at a Church in Texas, according to local media reports.

Wilson County Commissioner Albert Gamez Jr. told NBC News that he heard the shooter is now “deceased.” It’s not clear if he killed himself or was gunned down by police

Law enforcement sources told NBC that as many as 15 people may have been injured and “multiple” people were killed.

The Bureau of Alcohol, Tobacco, Firearms and Explosives (ATF) and FBI are on the scene.

Police said that the gunman who opened fire has been neutralized, adding there are “multiple victims” at the church, located in the 500 block of 4th Street in the town, which is located 40 miles east of San Antonio, KSAT reported.

Witnesses said the suspect walked into the church “in full gear” before opening fire, according to the Dallas News. He then took off in a car.

This is what appears to be the front of the church, EMS still responding pic.twitter.com/uxjHJlOTcL

A 2-year-old was wounded in the shooting, the Dallas News reported.

Texas Gov. Greg Abbott (R) wrote a tweet after the incident. “Our prayers are with all who were harmed by this evil act. Our thanks to law enforcement for their response. More details from DPS soon,” he said.

Our prayers are with all who were harmed by this evil act. Our thanks to law enforcement for their response. More details from DPS soon. https://t.co/KMCRmOPkiM

Constable Thomas Silvas from Precinct 1 in Wilson County said that officials are working to remove bodies. He didn’t elaborate on the number of people who were killed or injured, as Fox News reported.

A witness told CNN that as many as 20 shots were heard.

This is a breaking news story. Other details are unclear.