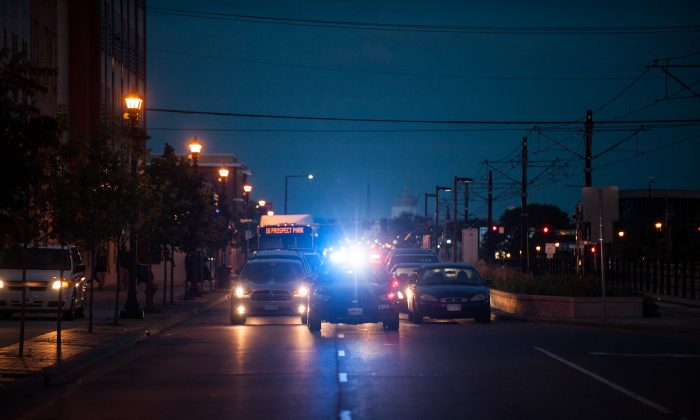 An elderly artist was killed in a freak car accident involving a deer in Weston, Massachusettes, on Wednesday, Nov. 8.

The family of David Lang, 76, said that he was an “amazing sculptor” and an “amazing person.”

Lang was heading home from a trip to Ireland when a car traveling in the opposite direction hit a deer and threw it into the air, causing it to go through Lang’s windshield. Land died later at the Newton Wellesley hospital, the Middlesex District Attorney’s Office said in a press release.

“[The deer] are looking for does to mate with, and they are a lot less aware of what’s going on around them,” said Marion Larson of the Massachusetts Division of Fisheries and Wildlife, reported WBZ-TV.

Each year in Massachusetts, there are 7,000 to 10,000 car accidents involving deer, local media report, however they are rarely fatal.

“This time of year the likelihood of seeing a deer or striking a deer with your car is pretty high because it’s the breeding season,” Larson said, according to CBS News.

Deer-mating season in the northeast United States runs from October to November.

“It is possible that he was impaled by the antlers breaking off upon impact on the victim,” Weston Police Detective Sgt. Mike Forti told WCVB. “It went, traveled through the air, and didn’t come to rest until it went through the windshield, and actually landed on top of the operator of that vehicle.”

“This is the time of year where deer are active. It is the rut, and they are running out, across roadways, and unfortunately we do see an increase in motor vehicle accidents because of that,” Forti noted.

According to the district attorney’s office, the driver of the sedan who hit the deer was not harmed.

Artist David Lang – killed Wednesday when a deer was flung through his windshield – is remembered for the imagination and perspective he brought to his life and his art. https://t.co/zm6LsBybHI #art pic.twitter.com/ZMKWmX2FD7

Lang taught at Concord’s Middlesex School until 2003, and was trained as a medical artist at Harvard University, WCVB reports.

“For the last several years my sculptural work has become largely kinetic and interactive. It is often witty, profound and provocative,” he wrote on his blog. “Much of it seems to exist in the realm of the unlikely. These days, my mind is in a whirl, trying to understand how to make very complicated things appear to be smooth.”

His wife of 51 years, Kathleeen Lang, said the unique ending to his life was fitting for the kind for person he was.

“It is hard but it is fitting. And, I will miss him very much. It’s kind of how he lived life in a way,” she told CBS.