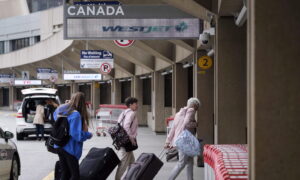 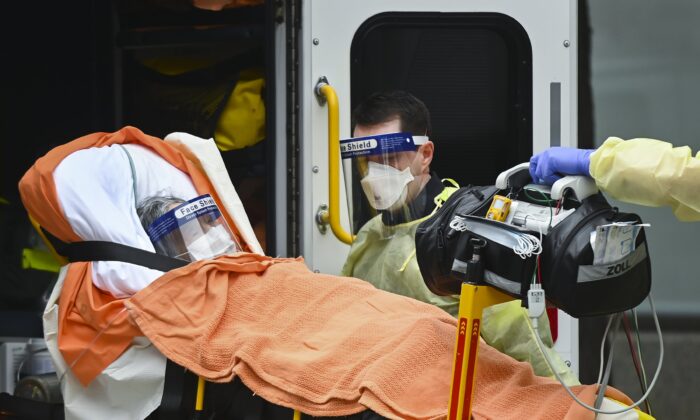 Rapid antigen tests can tell whether someone is positive or negative within 15 minutes, and at a fraction of the cost
By Justina Wheale
biggersmaller
Print

As Canada’s vaccine rollout continues at a slow pace amid rising COVID-19 cases, an advocacy group is pleading with health officials to immediately employ widespread rapid testing—a strategy it says could save thousands of lives.

Rapid Test & Trace Canada launched a campaign to advocate for mass rapid testing last month, calling on federal and provincial governments to immediately implement a nationwide rapid test and contact tracing regime as a way to identify and isolate cases early. The group says this would quickly curb the spread of the virus, save lives amid vaccine delays, and allow the country to reopen safely.

“The consensus is becoming clear that the best way out of the stop-and-start cycle of lockdowns is to do far more rapid testing and implement a better contact tracing system to get COVID-19 under control until a vaccine is widely available,” said Rapid Test co-founder Sandy White, an entrepreneur and former policy adviser.

“Our group is attempting to assist where government is failing.”

White says his group—a coalition of academics, public health professionals, and medical specialists—was launched “out of frustration” with the government’s pandemic response. For the past month Rapid Test has been approaching municipalities, businesses, and institutions to run rapid testing pilot projects in a bid to demonstrate its effectiveness.

Mass rapid testing involves testing people frequently, regardless of whether they have symptoms, to detect those who are infectious and quickly quarantine them. Unlike the PCR (polymerase chain reaction) tests favoured by Health Canada, which take 1-5 days to yield results, rapid antigen tests can tell whether someone is positive or negative within 15 minutes—and at a fraction of the cost.

White says his strategy would be to supplement this type of rapid testing with efficient contact tracing, so those who have been exposed to infected people can be tested to clamp down quickly on any spread. This may be critical in curbing new cases, as new data from the CDC shows more than half of COVID-19 transmissions may come from people who don’t even know they have it.

“By not using these quick, efficient, and cheap tools that we have at our disposal, Canada is really actively and negligently missing the majority of COVID-19 cases out there,” said White.

White questions why Canada is slow to embrace rapid testing despite many other countries like the United States, United Kingdom, South Korea, and Australia making rapid tests a key part of their pandemic-fighting arsenal. He says Canada’s PCR testing record is also troubling, sitting at 48th in the world for tests per one million of population—which is less than half the rate in the United States.

White also points to promising pilot studies from various regions that have employed widespread rapid testing to great success. Slovakia, for example, tested two-thirds of its 5.5 million people over just two days this fall using rapid antigen kits, which identified 57,500 new COVID-19 cases. Those who tested positive were immediately put into quarantine. The virus’s curve was quickly flattened and began trending downward, allowing Slovakia to reopen the economy. In addition, morbidity rates in the small country plummeted by about 60 percent in only one week, one British study found.

Rapid Test’s goal is for 200,000 Canadians to be tested per day by February, and 5 million per day by April—but to achieve that they’ll need a lot more support from the government.

One of Canada’s most vocal champions of rapid testing, Conservative health critic Michelle Rempel Garner, has been pushing the federal government for months to use the tests on a mass scale, especially in transmission hotspots like airports, schools, hospitals, and long-term care facilities.

But so far, federal as well as provincial governments have been resistant to the idea. Federal Health Minister Patty Hajdu said rapid testing is not a “silver bullet” and told the House of Commons in October that “rapid tests have actually added confusion and increased the risk of infection.”

Provincial health authorities have also expressed hesitation about them, saying rapid tests are not as accurate as the lab-based PCR tests.

White says this type of reasoning represents the government’s “massive failure of thinking and of logic in managing the pandemic,” because even if some of the tests produced inaccurate results, having widespread testing in place in itself is a critical advantage over having none at all. Health Canada requires at least an 80 percent accuracy rate for a test to be approved.

“[The government’s] preference is to just completely open the floodgates and let everything through, versus building a dam that might have a few holes in it but catches 90 percent of cases,” he said.

According to a study co-authored by Dr. Michael Mina, a Harvard University epidemiologist and one of Rapid Test’s advisers, the most important factors in a test curbing the spread of COVID-19 is its ability to be used quickly, often, and across the broadest possible population. The study made a case for how rapid testing and tracing could cripple COVID-19 in weeks.

Health Canada has now approved a number of rapid tests and around 5.5 million have arrived, with millions more expected in the coming months, but distribution largely falls to the provinces. Though several provinces are using the tests in targeted high-risk communities on a small scale, millions of available rapid tests are currently sitting in storage, stalled by governments who are still assessing their value or are daunted by the logistics of employing them on a mass scale.

“Very disheartening to see that almost a year into a pandemic we are still drowning and are absolutely nowhere on one of the most critical aspects of managing a disease like this, which is testing,” White said.

In his discussions with provinces, Ontario has been an outlier in warming up to rapid testing; Premier Doug Ford has called rapid tests “an absolute game changer.”

At a press conference on Dec. 21, Ford lamented the number of international travellers arriving at Pearson Airport “basically unchecked,” many of whom are not quarantining. He criticized Ottawa for dragging its feet in assisting Ontario with testing at airports, despite being repeatedly asked. He said he will proceed with rapid testing at Pearson with or without federal help.

But on the whole, White has been disappointed by a lacklustre response from most health officials at the provincial and federal levels.

“I don’t see any urgency on this,” he said. “[Health officials] are just sort of digging their heels in and saying ‘that sounds like a lot of work, we’re not really sure if we trust the tests, and there’s a vaccine coming anyway.’”

At a time when COVID-19 caseloads are spiking across Canada, the majority of Canadians won’t be vaccinated until the fall, and testing should be ramping up, testing numbers in several provinces actually dropped last month—including in hard-hit provinces like Ontario and Quebec—with public-health officials blaming the holidays for a decrease in tests.

White says this shows the urgent need for governments to put a stronger focus on rapid testing and not to passively wait for a vaccine that is several months away, which could mean thousands of unnecessary deaths. Still, he’s not optimistic that the political will is there.

“If the pandemic has taught us anything, it’s that if government really wants to do something, they can do it,” he said.

Nevertheless, White says Rapid Test is still having conversations “at all levels” of government to push for his strategy, and is continuously seeking collaboration with various businesses and institutions.

He’s currently working on developing a pilot project in Banff in partnership with the local business community, and is speaking with other municipalities across the country as well as universities, long-term care homes, and indigenous communities, in hopes these projects will prove rapid tests can have an impact.

“We’re trying to have a small impact anywhere we can,” he said. “The small impact is better than no impact, but we’re looking at how to roll this out on a larger scale.”