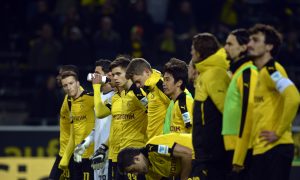 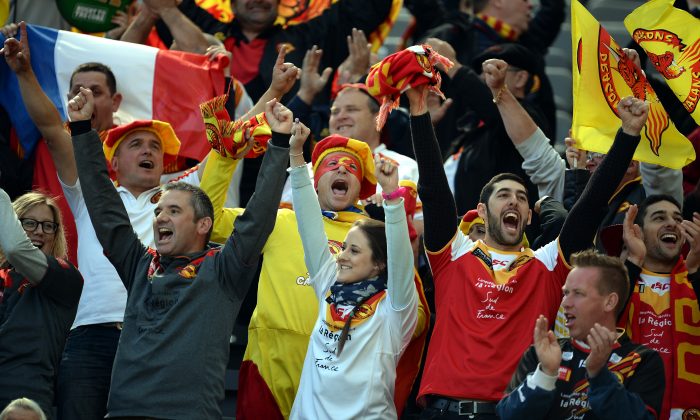 Catalans Dragons fans react during the Super League match between Catalans Dragons and Huddersfield Giants at St James' Park on May 31, 2015 in Newcastle upon Tyne, England. (Nigel Roddis/Getty Images)
Sports

A mass brawl broke out Sunday in the stands at the end of a rubgy match between the Salford Red Devils and the Huddersfield Giants at John Smith’s Stadium in Huddersfield (United Kingdom).

Players from Salford came over to the aid their fans and family members who were calling for help after fans behind them were pushing and squashing them. Several players, Junior S’au and Justin Carney, went into the crowd to come to the aid of those causing the trouble.

BREAKING: Salford players were involved in altercations with their own fans after violence broke out in the stands https://t.co/JDBJVVRnQQ

According to the DailyMail.com, Salford head coach Ian Watson confirmed that some players had gone into the crowd to help some family members and that the kids of Carney and even team conditioner Greg Brown had been ‘left shaken’ by the melee.

Salford fan Lesley Kaneen, who attended the game with her dad, told the DailyMail how the players had rushed to the aid of their families.

Imagine these scenes from the Rugby League match between Huddersfield and Salford had been at a football game pic.twitter.com/bQlqfvW6Dc

“We were sat about ten rows from all the trouble and saw the whole thing and I can honestly say I’ve never seen anything like it at a rugby game before, and nor has my dad who has been going for 50-odd years.

“There were young children crying their eyes out, frightened to death – it was just horrible. The wife of Salford player Junior S’au was in the crowd clutching her young baby to her chest and you’ve got these idiots behind stupid and pushing and shoving.

Salford Red Devils vow to track down ‘thugs’ involved in brawl after match at Huddersfield https://t.co/PlVIUJt4cE

“It’s a tradition for the players to come over to the fans at the end of the game after they’ve won and to the credit of the families of the players, they actually sit with all the fans. But they were being pushed and shoved by these thugs and the players, rightly in my mind, jumped in to defend them.”