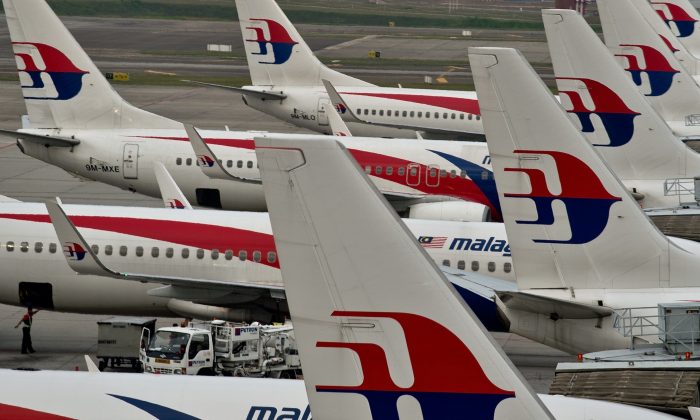 Malaysia Airlines said it lost contact with Flight 17 over Ukrainian airspace Thursday. It was flying from Amsterdam to Kuala Lumpur, Malaysia.

Defense Minister Hishamuddin Hussein tweeted that there is no confirmation that the plane was shot down. He said he has instructed the country’s military to check and get confirmation.

Markets roiled by fresh US sanctions on Russia

LONDON (AP) — Another round of U.S. sanctions on Russia weighed on markets Thursday. News that a Malaysia Airlines passenger plane carrying 295 had been shot down over Ukraine added to the negative tone.

Russia’s MICEX index underperformed the world market, closing down 3.8 percent, a day after the latest round of U.S. sanctions, which targeted two major energy firms, a pair of powerful financial institutions, eight weapons firms and four individuals. The U.S. penalties are meant to increase pressure to end the insurgency in eastern Ukraine believed to be supported by Moscow.

“A fresh round of sanctions against Russia has wrong-footed the market today, and helped to remove some of the complacent momentum witnessed in equities,” said Brenda Kelly, chief market strategist at IG.

Traders hammered Mattel and AutoNation after the companies reported disappointing results, while homebuilders sank on news that home construction slowed sharply last month. Over the rest of the week, earnings reports from Google and IBM are key events investors will monitor.

Earlier in Asia, most of the region’s markets finished in negative territory or were little changed. Tokyo’s Nikkei 225 closed 0.1 percent lower at 15,370.26 and China Shanghai Composite declined 0.6 percent to 2,055.59. Hong Kong’s Hang Seng and Sydney’s S&P/ASX 200 were little changed.

South Korea was the only major market that finished higher. The Kospi in Seoul rose 0.4 percent to 2,020.90. The market was boosted by expectations that the country’s new pro-growth finance minister would introduce measures to ease housing market regulations and encourage domestic spending.